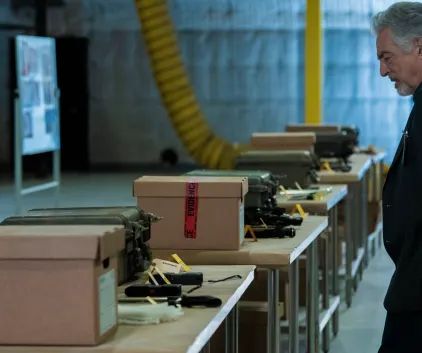 Criminal Minds: Evolution is a revival of the CBS show that ran for 15 seasons and ended in early 2020. It has changed things for the profilers we know and love. Spencer Reid (Matthew Gray Gubler) and Matt Simmons (Daniel Henney) are no longer on the show, but the rest of the team—Emily Prentiss (Paget Brewster), Jennifer “JJ” Jareau (AJ Cook), David Rossi (Joe Mantegna), Luke Alvez (Adam Rodriguez), Penelope Garcia (Kirsten Vangsness), and Tara Lewis (Aisha Tyler)—are still there.

They keep up the good fight by stopping serial killers before they can do more damage. Now, they have to do this on a bigger scale than ever before. In episode 3, The BAU searches for the remaining death kits while looking for a former army specialist who they think is intending to set off an explosive device in a park in Washington, D.C. The BAU and the FBI’s domestic terrorism team clash while searching for him. What is going to happen next?  Criminal Minds: Evolution episode 4, You may see a synopsis and promo of the episode at www.tvacute.com, which will help you better comprehend the show.

The serialized story of killer Elias Voit (Zach Gilford), who has established a network of fellow serial killers where he provides a chosen few with the equipment and advice they’ll need to complete the task, is one of the series’ most significant alterations in its new life on streaming. There are many reasons to be thrilled about this situation! When everything is said and done, it will become clear that the show is about something other than just this villain or any other one.   In particular, we need the opportunity to gain some insight into the agents and the stages of life they are currently occupying so that we can better understand them.  It is very evident that we have already had that opportunity with some of the characters.  However, it does seem as though there is more that we could learn about Luke Alvez. Consider the case of Penelope Garcia or what we have been able to determine about the nature of Tara Lewis’s relationship up to this point. The popular streaming drama will go deeper into all of these people at the BAU in the next episodes.

Pay-Per-View is the title of the fourth episode. On December 8th, 10 p.m., Criminal Minds: Evolution Season 1 Episode 4 will air (ET) (Paramount Plus).  The length of Episode 4 is anticipated to be between 40 and 42 minutes, which is comparable with the length of the remainder of the series.  The episode that serves as the midseason finale for the show will be released on Friday, December 16th, followed by a short break. After then, new episodes will begin to be released every Friday beginning on the 13th of January 2023, and the season finale will begin streaming on the 10th of February.

It has been revealed that Criminal Minds: Evolution will stream exclusively on Disney Plus in the United Kingdom, despite the fact that it will be broadcast on Paramount Plus in the United States.  The release date for people in the UK and elsewhere is, a day later.  This indicates that the relaunch will be added to the same streaming service as the original series, of which there are already fifteen seasons accessible to watch on Disney Plus.