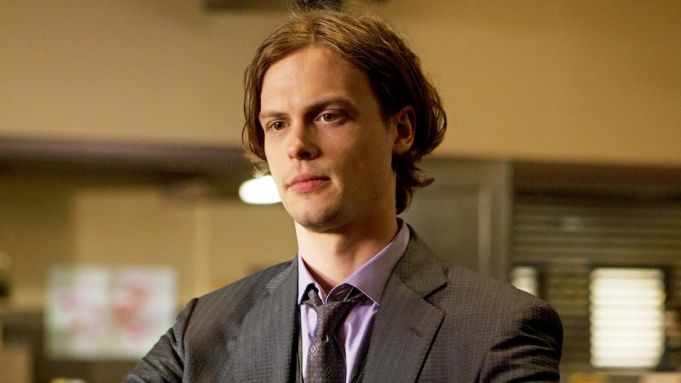 The character, portrayed by Matthew Gray Gubler, was a founding member of the CBS police drama’s original cast when it debuted in 2005. The actor continued to portray the beloved profiler on Criminal Minds until the show’s 15th season finale in 2020. Several cast members shared behind-the-scenes photos from the show’s set when filming got underway in August 2022. The revival’s premise states that the BAU’s following case will include them looking for a network of UnSubs that was established after the coronavirus outbreak. Except for Daniel Henney’s Matt Simmons and Gubler’s Reid, the majority of the ensemble from Criminal Minds will return in their respective roles in the Paramount+ project. Daniel Henney’s absence, however, stems from a scheduling issue, whilst Matthew Gray Gubler chose not to participate.

When Criminal Minds: Evolution premieres on Paramount+ in November, Dr. Spencer Reid, and Special Agent Matt Simmons will not be returning. What about their characters then?  Given that he has been a longtime member of the elite FBI squad. Messer reaffirms in a new interview with TVLine that BAU’s boy genius is still a profiler and that his belongings are still at his desk. Unfortunately, Reid will be away while working on this case.

During the interview with TVLine on Wednesday, returning showrunner Erica Messer said, “It’s a little bit of a mystery what Reid and Simmons are up to, but they’re certainly not forgotten. In fact, according to the EP, “Dr. Reid’s and I think Matt Simmons’ desks are still there, still have stuff on it.” For example, if any of you returned to the workplace following the pandemic, you would still find items on your desk that had been there for two years. Therefore, we definitely play that. However, Matt and Spencer have not disappeared.”Our hope is that the team members we ended the series with on CBS will be able to come back and play at some point, but everybody does have other projects,” Messer remarked in reference to the absence of the two actors. Since we began filming in August and will conclude in December, there wasn’t much time to try to convince all of our friends to participate.

Gubler, on the other hand, is a bit more mysterious. We’ll have to wait and see whether he ever wants to return after spending a decade and a half as a part of the original show. He has since moved on to other endeavors. We are aware of how much he valued his time spent on the program, so there is always the chance that it will receive one or two more seasons.

Season 13 newcomer Daniel Henney‘s absence, in particular, was primarily caused by his busy schedule from filming The Wheel of Time for Amazon Prime. He might return if opportunities arise for him in the future.

Reid’s continued membership in the BAU is welcome news. In the event that Matthew Gray Gubler decides to play the character again in upcoming seasons of Criminal Minds on Paramount+, this will make it simpler to bring him back. In any event, the kid genius’ absence from some of the BAU’s cases is nothing unusual. Reid was frequently absent from the squad over the latter several seasons of the show due to his desire to spend more time with his ill mother. Considering the coronavirus pandemic at the time, it is intriguing to wonder if this will still be the case in the reboot. Alternatively, it’s also feasible that he’s just reducing his obligations as a profiler and concentrating on his teaching profession. It’s comforting to know that he can always return, no matter what.

On Thursday, November 24, the first two episodes of Criminal Minds: Evolution‘s 10-episode season will air, marking the start of the first half of the season. Get the most recent international entertainment news. Stay up to date on all the most recent headlines and news from the entertainment industry by tuning in today. NOTE: The purpose of this website (tvacute.com) is to enlighten visitors about popular films and television programs from around the globe.