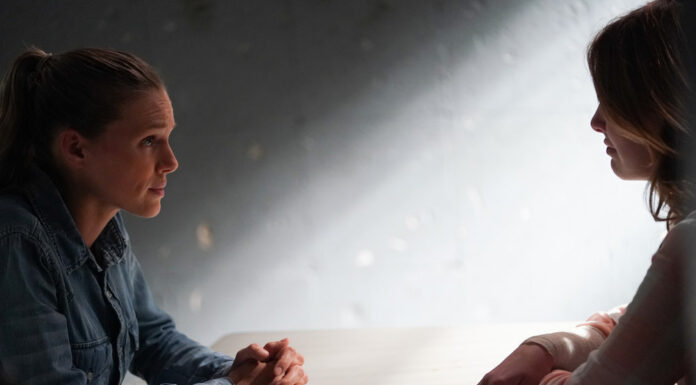 In the previous episode of Chicago PD, Tensions between Voight (Jason Beghe) and Halstead (Jesse Lee Soffer) on Chicago PD reached a head last week when the two couldn’t agree on the best approach to their newest case. What does the Intelligence Unit have planned for tonight? On www.tvacute.com, you can find the summary and promo for Chicago PD Season 9 Episode 8 titled “Fractures” which will help you understand the episode better.

The Roy Walton murder plot has been placed on the back burner in recent episodes of Chicago PD, but it appears to be coming back to the front this week. In the promo, Upton (Tracy Spiridakos) is questioned by the FBI, and it appears she will soon pay for her misdeeds in the season 8 finale. Things aren’t looking good for Upton in the promo, but it’s conceivable the agent questioning her is only baiting her into confessing to her role in Roy’s murder. The FBI is closing in on Upton this week, as the episode eight promo indicates. Although Upton appears to be in the hot seat in the commercial, Halstead and Voight will also be under FBI scrutiny this week.

Chicago PD Episode 908 Synopsis: As the team investigates the stabbing of a father with two young daughters, they begin to suspect there is more to the story than meets the eye; the FBI investigation into Roy Walton’s death intensifies while Voight, Upton and Halstead feel the heat.

Chicago PD Season 9 Episode 8 will air on Wednesday, November 10, 2021, at 10 p.m. EST On NBC. If you prefer live television, the episode will be available on Peacock TV, YouTube TV, Sling TV, Hulu+, and Fubo TV. The episode will also be available on Google Play Movies & TV, Vudu, and Amazon Prime Video on demand.

In this episode, As a cocaine bust goes awry, tensions between Voight and Halstead escalate. Voight works with Anna, an informant who has given them very little reason to trust her. Halstead, understandably, is perplexed as to why his employer refuses to fire her. As the story unfolds, it becomes evident that Anna has her own objective, which includes assassinating Luis, the drug boss. As planned, Anna exacts her vengeance by planting narcotics in Luis’ car and causing him to be arrested. Voight, despite this, refuses to end his working relationship with Anna. When it comes to Upton and Halstead, things don’t seem to be the same after he learned of the latter’s role in Roy’s death. Upton, unable to take it any longer, confronts him and informs him that he does not have the authority to dictate to her how she should think or live her life. Furthermore, she refuses to support either Halstead or Voight, the two men who have feuded over Anna’s employment with the Intelligence Unit.