Chicago PD Season 10 Episode 11;What will Atwater discover about his Past? 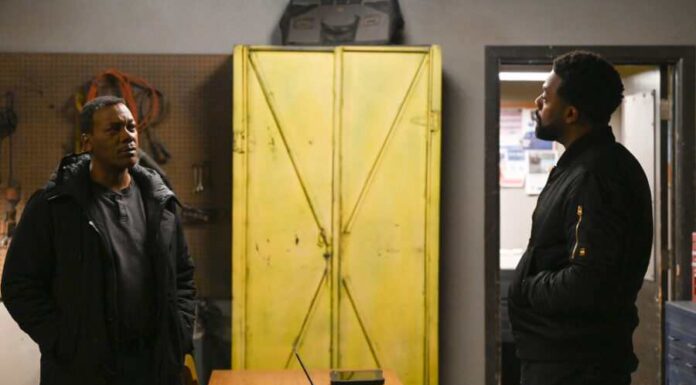 Chicago P.D. Season 10 Episode 11 will release on Jan 11, 2023, Atwater confronts his own Past. he will be contacting an old ally for help.

The Chicago Police Department is currently up to its thighs in corruption. In addition to dealing with Sean O’Neal (Jefferson White), the son of their chief Patrick, who was a human trafficker and killer, the IU had to deal with Borkowski (Tom Lipinski), a newbie who abused suspects without remorse. Fans are eagerly awaiting the new episode. What are your expectations for Chicago PD season 10 episode 11?  On www.tvacute.com, we have discussed it.

The corruption theme has been heavily explored in recent episodes, now viewers see the personal drama of one of the show’s regulars, Det. Kevin Atwater (LaRoyce Hawkins). It will put Atwater in a precarious scenario with a flashback, and it will be interesting to see what fresh realities come to light in the upcoming episode as it has been a while since he has been the focus of a story. He had recently broken up with Celeste (Amanda Payton) and was still hurting from their split

The highly anticipated eleventh episode of the tenth season of Chicago P.D. is titled “Long Lost.”  In the event that an ambush at a funeral goes bad, Atwater will be contacting an old ally for help. Atwater hopes this unknown individual can lead him to the perpetrators of the shooting, but he pays a price for his cooperation that he hadn’t anticipated.

While watching the camera, At that point, Atwater spots a familiar face. Worryingly, his own father Lew (Erik LaRay Harvey) has made the trip to attend the funeral.   His presence causes him to reminisce and divulge previously hidden details. It’s something he and the team need to figure out in order to solve the case. They have to discover why Atwater’s family funeral was singled out and what information Atwater’s dad has. Naturally, this raises questions about the past. What exactly will Atwater discover about his own background?  The recent prominence of Torres suggests that he will be present alongside Atwater. You can read the complete synopsis of the ninth episode of the tenth season of Chicago PD below, which will give you some additional insight into what the future might hold:

Chicago PD Episode 10.11 Synopsis: – A shocking ambush at a funeral leads the team into a heated investigation to find the shooters; much to Atwater’s surprise, he must rely on someone from his past to help in the investigation, dredging up old memories and revealing new truths.

Chicago PD Season 10 Episode 11 will air on Wednesday, Jan 11, 2022, at 10 p.m. EST On NBC. It airs every Wednesday at 10 p.m. ET on Citytv in Canada, and it is broadcast on Sky in the United Kingdom. If you prefer live television, the episode will be available on Peacock TV, YouTube TV, Sling TV, Hulu+, and Fubo TV. The episode will also be available on Google Play Movies & TV, Vudu, and Amazon Prime Video on demand.