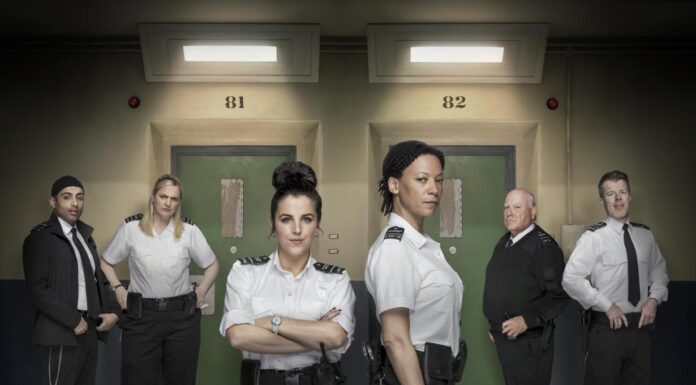 Screw, a darkly comic prison drama set to premiere on Channel 4 in January 2022, promises to immerse viewers in the world of fictional men’s jail Long Marsh, a place brimming with comedy, emotional high stakes, and danger for both prisoners and guards! Here’s everything else (tvacute.com) we know about the wacky new six-part comedy-drama Screw.

This series is based on the creator’s experience working and volunteering in prisons. It gives us a unique look at prisons.” Screw is a show about people who have a lot of different personalities and backgrounds. Nominated for a BAFTA, Rob Williams is writing the movie. Nina Sosanya will play the leader of the prison officer “screws” in the movie, Leigh.

Screw will premiere on Channel 4 on Thursday, January 6, 2022, at 9 p.m., and all six episodes will be available on the streaming service All4 shortly after. We don’t know when the film will be released in the United States or when it will be broadcast worldwide, but we’ll keep you updated as soon as we learn more. We also believe it should be available on the streaming provider All4 before being released on BritBox.

The mysterious veteran prison officer “Screws” Leigh is played by  Nina Sosanya, who is also known for her roles in other movies and TV shows.

Jamie-Lee O’Donnell, who played Rose in Derry Girls, is a trainee officer who is still in her teens. She joins the staff of Long Marsh men’s prison at the start of the show.