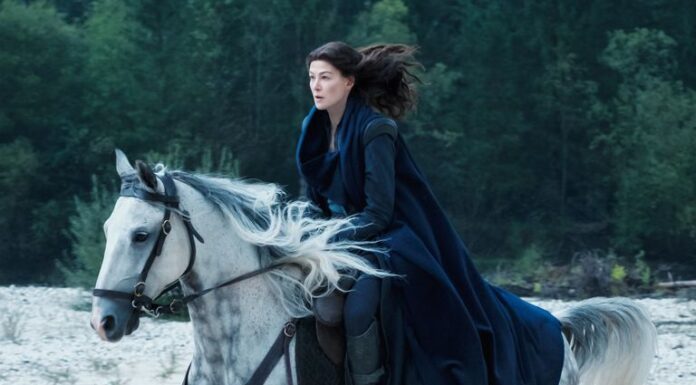 On December 24, 2021, Amazon Prime Video’s popular fantasy ‘The Wheel of Time’ will finish its first season. The following season’s publication has already piqued the interest of enthusiasts. Because Amazon Prime Video confirmed a renewal six months before the show premiered in November 2021. Here’s all you need to know about season 2.

The Wheel of Time is now Amazon Prime Video’s most-watched original series of 2021, indicating that those expenditures have already paid off. This bodes exceedingly well for Season 2, which will continue to draw influence from author Robert Jordan’s original book series.

When will the second season of The Wheel of Time be released?

Amazon hasn’t said when The Wheel of Time season two will premiere, but filming has been underway since July 2021, so new episodes could appear in the spring or summer of 2022.

Vernon Sanders (via TVLine) provided a new update on season two on December 22, 2021: “Rafe [Judkins] and his team just sent us the initial edits of season 2’s first episodes, and I can’t wait for the audience to see what we’ve got.”

Who will return for Season 2 of The Wheel of Time?

Rosamund Pike, Ceara Coveney, Meera Syal, Natasha O’Keeffe, and other actresses will reprise their roles in The Wheel of Time Season 2. In addition to Arnas Fedaravicius, Guy Roberts, and Gregg Chillingirian.. Fans are now eagerly awaiting the release of the show’s second-season trailer. Because filming for season 2 began before Season 1 ended, viewers should expect to see the teaser soon.

What will happen in the second season of The Wheel of Time?

When questioned by TVLine about season two and whether it will “go even greater” than the first, Vernon Sanders had a very encouraging reaction for those eager to see what’s next.  He stated, ” “Rosamund, like Rafe, has been a terrific leader – smart, courteous, and truly committed to doing things the right way. So we went into Season 2 with a serious discussion about, “What can we do even better now that we’ve developed this massive world and these characters?” As a result, I am confident that Season 2 will be a larger, bolder, and more expansive Wheel of Time.” Thankfully, showrunner Rafe Judkins appears to be up to the task, telling Deadline that the show has the potential to run for eight seasons.

The Wheel of Time Season 2 Trailer

Season two filming began before the first season had even finished showing on Amazon Prime Video, so fresh material should be available soon. By Spring 2022, we expect a teaser to be available online.