Boruto Naruto Next Generations Episode 265: What to Expect 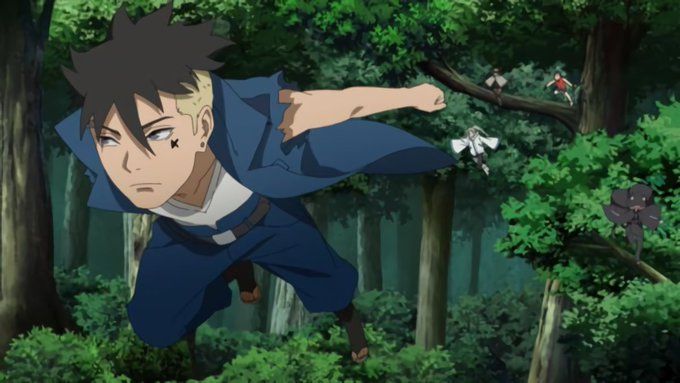 One of the seven Mysteries of the Academy is a terrifying mirror is the focus in Boruto Naruto Next Generations Episode 264. Himawari advises them to explore the school and the Seven Mysteries sites. while Kae tells Kawaki she doesn’t believe in the Seven Mysteries. (Read the recap below) Now Let’s move ahead!  What happens next in episode 265 of Boruto: Naruto Next Generations?  (tvacute.com) Here is all the information you require for the upcoming episode of the show.

The air date for Boruto: Naruto Next Generations Episode 265 is Sunday, September 4. The episode will air in Japan at 5:30 PM JST.

The series is being streamed on Crunchyroll. 30 minutes after the show is broadcast in Japan, it will be available with English subtitles. The timetable in the US would be as follows: (5:00 a.m. ET, 4:00 a.m. CT, 2:00 a.m. PT). The episode will be accessible on Crunchyroll, Hulu, and Apple TV.

“Team Rivalry: Practical Skills Training!” is the title of the next new episode of Burto. In this episode, Himawari and the other students in her class make the decision to investigate the Academy’s eerie lore. The classes will train in the academy’s forest. Students will form three-man teams and undertake their own practical training. Kae is able to make it enjoyable for her classmates with the aid of Kawaki and her butler. Meanwhile, Kawaki and Himawari look for Kae when he is summoned by a strange person and disappears. the episode was directed by Ema Saitō and written by Tōko Machida.

TV Tokyo provides the official synopsis of “Boruto: Naruto Next Generations” episode 265. Check it below.

Kawaki and Himawari’s class will have practical training in the forest near the academy. The students will form a team of three (three mansells) and conduct their own practical training. Kawaki, who is impatient with the situation where he might lose sight of Kae, is unable to put himself into the training and ends up dragging the feet of the students who are in the same group. Meanwhile, Kae is summoned by a mysterious person and disappears, and when Kawaki finds out about it, he and Himawari search for Kae’s whereabouts before he is in danger.

A haunting mirror, one of the 7 Mysteries of the Academy, is discussed in class. Himawari advises that they spend the evening exploring the school and visiting the Seven Mysteries places. As they plot their course, Kawaki ponders Kae’s apparent enthusiasm for the occasion. Shino shows in and informs the pupils that they are welcome to stay as long as they have finished cleaning. Kae informs Kawaki that she does not assume in the Seven Mysteries while Himawari and the others continue on. She does, however, wish to safeguard the kids’ morals. She created fictitious renditions of the Seven Mysteries with the assistance of her butler, Batora. Kawaki is likewise asked to assist.

Himawari is pursuing the statue throughout the Third Hokage mystery. She observes the statue being carried while using her byakugan but keeps quiet to the others. Why is Kae taking the fabrication of the mysteries so seriously, Kawaki queries Batora. According to Batora, Kae might be recovering her lost youth. The number of students declines after each mystery. There are now only Himawari, Ehou, and Yuina in the 6th mystery, the mirror. Kawaki and Kae see a floating sheet and believe it to be Batora. They are shocked to find Batora approaching them, though. Batora, Kae, and Kawaki pursue the ghost. The three discover Shino tidying after hours in the faculty room. After being painted with glow-in-the-dark paint and being observed by the pupils, he ends up being the seventh mystery. Kawaki appreciates Himawari for keeping their tricks a secret from the other students in the meantime.