Boruto Naruto Next Generations Episode 261 [Kawaki Enters the Ninja Academy!] along with Himawari 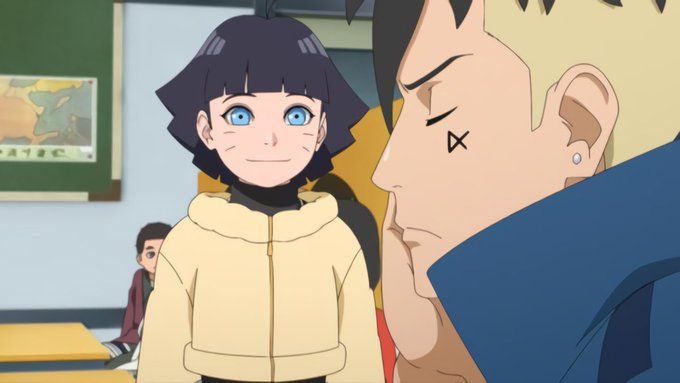 The original work by Masashi Kishimoto, Ukyo Kodachi, and Mikie Ikemoto forms the foundation for the anime. Kakashi receives help from Boruto for a few tasks. They find themselves suddenly mediating a dispute between two grandfathers. What happens next in Episode 261 of Boruto: Naruto Next Generations? Along with Himawari and her pals, Kawaki has enrolled in the Ninja Academy as a new student. Here is all the information you require for the upcoming episode of the show.

Boruto Naruto Next Generations Episode 263: “Hey, Hana! The Gifts of a Teacher” – Will Hana be able to rejoin her class?

When is the next episode of Boruto: Naruto Next Generations gonna air?

The air date for Boruto: Naruto Next Generations Episode 261 is Sunday, August 7. The episode will air in Japan at 5:30 PM JST.

The series is being streamed on Crunchyroll. 30 minutes after the show is broadcast in Japan, it will be available with English subtitles. The timetable in the US would be as follows: (5:00 a.m. ET, 4:00 a.m. CT, 2:00 a.m. PT). Crunchyroll and Hulu both provide streaming versions of Boruto: Naruto Next Generations.

“Kawaki Enters the Ninja Academy!” is the title of Boruto: Naruto Next Generations Episode 261!  Himawari Uzumaki begins as a student in the Konoha Ninja Academy, as can be seen in the preview. She is overjoyed to be taking the same class as Yuina and Eho, two of her best pals. The adopted son of Naruto Kawaki begins entering the academy and is placed in Himawari’s class.  Kawaki finds it a little awkward to be in a class with students who are many years his junior. Kawaki is on a covert Naruto-ordered assignment, therefore he must keep his shinobi identity a secret. He will carry out his mission while taking regular classes at the academy. TV Tokyo provides the official synopsis of “Boruto: Naruto Next Generations” episode 261. Check it below.

As a freshman, Kawaki will enter the “Ninja School (Academy)” along with Himawari and the others. However, it was a superficial escort mission to protect Kae Yukiwari, a princess studying abroad from another country, from assassins so that she wouldn’t even realize it. Kawaki reluctantly attends the academy with the younger students because he was asked to do a mission by Naruto, but his classmates, including the unreliable class teacher Kaka Hana, are all unique. and……. The difficult school life of Kawaki, who has difficulty cooperating, begins!

Ohagi and Taruto, two shopkeepers, are arguing when Boruto and Kakashi arrive. The grandchild of Ohagi, Yubeshi, presents the scenario to the group. Over the fireworks display, they were at odds. Yubeshi presents him a first edition copy of Make-Out Tactics, and Kakashi agrees to assist. Boruto and Kakashi stop by Taruto’s store. They discover that Ohagi and Taruto were formerly close friends there. Later, Sabure explains how Ohagi and Taruto got into an argument with Boruto and Kakashi. Taruto used to be the sole person from New City to assist with the fireworks display in Old Town. New City eventually decided it wanted its own display, and Taruto was given control of it. Taruto was seen as a traitor by Ohagi. Taruto desired to apologize despite this. Kakashi and Boruto convene a meeting shortly after that. Ohagi and Taruto continued to quarrel throughout the meeting. Finally, Boruto orders Yubeshi and Sabure to serve the dinner Taruto and Ohagi previously prepared.

They became furious nevertheless when they saw the food. Additionally, if Yubeshi and Sabure’s grandparents are still at odds, it will complicate their wedding ceremony. Kakashi sets up a solution for them to resolve the conflict. Both sides will have their fireworks displays on the celebration day. They will simultaneously present it so that they may assess which is best. Both sides commence their fireworks displays as the event gets underway. During the celebration, residents of Old Town and New City mock one other’s fireworks. Taruto and Ohagi request to halt the show in the middle of it. Kakashi switched the fireworks, as it turned out. Everyone agrees that all presentations are stunning in some way. Ohagi and Taruto, though, are still at odds. When Yubeshi and Sabure become frustrated, they persuade their grandfathers to reconcile. Yubeshi and Sabure are wed, and Ohagi and Taruto shake hands.