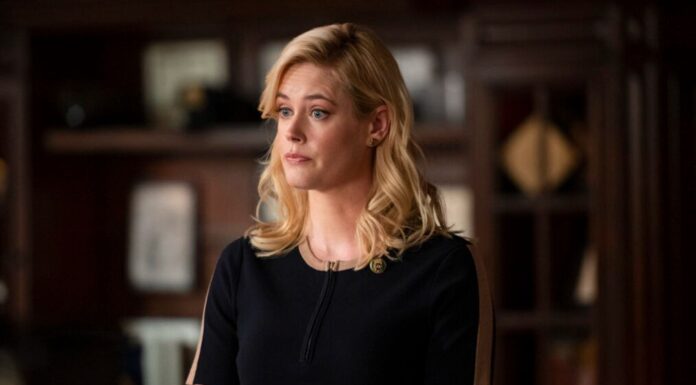 What can we possibly anticipate from Abigail Baker (Abigail Hawk) in Blue Bloods Season 13? That is a valid query. There will probably be at least one instance where she is in the same room as her employer. Baker is a dependable confidante who appears to do a good job. Her character could receive greater attention from Blue Bloods in the upcoming season. Could a Baker-centered plot be in the works? Possibly. We are aware that her employer will be preoccupied with a variety of situations. He is constantly left in search of solutions when they appear.

He will, however, experience additional hardship because of his daughter Erin Regan. You see, she is vying for the position of Manhattan District Attorney. Bridget Moynahan‘s character Erin Regan has shown dissatisfaction with her position as an associate district attorney. She has undoubtedly not liked the incumbent D.A. What will her year on the program look like now that she’s vying for the new position? Watching her balance employment and a campaign will be quite intriguing.

Imagine witnessing Erin visit Frank’s office to seek guidance. Baker also crosses her path; perhaps she and Baker have similar opinions on Erin’s effort. It might occur. But this would create some uncommon circumstances concerning the two of them. As a trusted advisor to Frank, Baker wouldn’t divulge any information to Erin. Then Erin most likely wouldn’t divulge any family secrets to Baker. Even so, it would be interesting to see them in a scene together. It is highly regarded that Baker has the skill to provide Frank advice when it is needed. This season, that shouldn’t alter in the slightest. Come on CBS and show creators, make it happen. We’d even like to see more episodes with Baker in them. The 13th season of Blue Bloods will air on CBS on October 7, 2022.