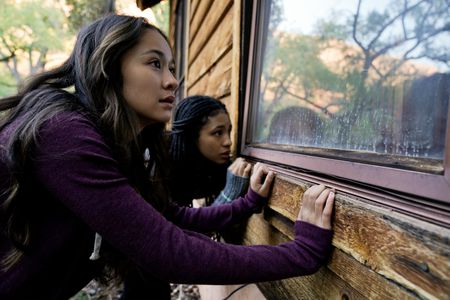 In episode 4 of ABC’s Big Sky Season 2, viewers were left with enormous cliffhangers. Cassie Dewell (Kylie Bunbury) and Jenny Hoyt (Katheryn Winnick) were in a shootout the last time fans saw them. Meanwhile, Deputy Harvey (Michael Malarkey), the villain, kidnapped Bridger (Jeremy Ray Taylor) and Madison (Lola Skye Reid). The fifth episode of Season 2 of Big Sky has already piqued the interest of fans, who are eagerly awaiting its release. In Big Sky Season 2 Episode 5, who will die? There’s sure to be a gunfight with Ren, Donno, and Harvey all in the same place. Is it possible that Donno has already shot Cassie or Jenny? Is there a chance that any of the teenagers will perish?  You can rely on www.tvacute.com to provide you with all of the necessary details for seeing “Mother Nurture” the new episode 5 of “Big Sky Season 2.”

“Mother Nurture” is the third episode was written by Annakate Chappell and directed by Darren Grant. Madison leads Deputy Harvey to one of the stolen bags held by Harper in the Big Sky Season 2 Episode 5 trailer (Troy Leigh-Anne Johnson). Madison and Bridger hide in the closet while watching Ren in Deputy Harvey’s kitchen in another scene. Jenny mentions Cassie’s name worriedly in a voiceover. Did Cassie be hit by one of Donno’s many bullets? In addition, a conflict arises between Wolf Legarski (John Carroll Lynch) and Ronald Pergman (Brian Geraghty).

Big Sky Season 205 Synopsis: Close Cassie and Jenny struggle to dodge Donno’s attacks and the kids attempt to save Bridger as Ren is forced to figure out what happened to her plan. Meanwhile, change is in the air when Ronald seemingly experiences a breakthrough and Jerrie receives an unwelcome visitor from her past. Later, Jenny’s unwillingness to drop a lead lands her in hot water with Travis and his not-so-forgiving bosses.
Guest Starring is Ryan O’Nan as Donno, Jamie-Lynn Sigler as Tonya, Michael Malarkey as Trevor, Vinny Chhibber as Jagat “Jag” Bhullar, Madelyn Kientz as Max, Troy Johnson as Harper, Lola Reid as Madison, Jeremy Taylor as Bridger, and Romy Rosemont as Agatha.

Big Sky Season 2 Episode 5 will release on  November 11, 2021, at 10:01-11:00 p.m. EDT on ABC.  Subscribers to Hulu can watch the show the next day on-demand online or live to stream it on Hulu+Live TV. the show is available on Fubo TV, DirecTV, YouTube TV, and Xfinity, among other platforms. You can also buy or rent episodes on Vudu, iTunes, Amazon Prime Video, Google Play, and Microsoft Store.

Jenny Hoyt (Katheryn Winnick) and Cassie Dewell (Kylie Bunbury) co-operate in their exploration for Tonya, a little girl who has gone missing. Ronald, on the other hand, is progressively becoming more comfortable with Rick Legarski’s identical twin brother, Wolfgang Legarski. Harper notices Creary outside her window and immediately informs Max of his presence. They receive a text message from Bridger just before they agree to a deal with Dylan. When we watch Deputy Harvey take the little guy away, we know that he will be tied up and interrogated. As a result, Bridger provides the cop with his sister’s phone number and instructs her to hand over the money and drugs in exchange for Bridger being allowed to walk free. Cassie and Jerrie arrive at the building site, but Ren has them completely deceived, and Donno has Tonya hidden in a closet until Cassie and Jerrie come.

In this episode, Wolf has a choke collar tied around Ronald’s neck, and when the serial murderer asks Scarlet to free him, she refuses. Deputy Harvey is accused of abducting Tonya, and she enters Dewell and Hoyt’s investigating offices to assert that it was Deputy Harvey who abducted her. He even went so far as to assassinate the restaurant owner and her lover, Sam. Cassandra and Jenny quickly begin their search for the officer, since Sheriff Tubb is not ready to accept her version of the incident yet. Meanwhile, Ren and Donno are debating whether Tonya will spill her guts or manipulate the story to suit their purposes. They are on their way to Harvey’s cabin. Harper, Max, and Madison bring both bags to the home, but they leave them in the woods for the time being while they investigate the circumstances. When Cassie and Jenny arrive at Harvey’s cabin, Donno fires a shot in their direction.