Claire Holt is Back! Legacies Season 4 Episode 5 Preview + Release Date of “I Thought You’d Be Happier to See Me” 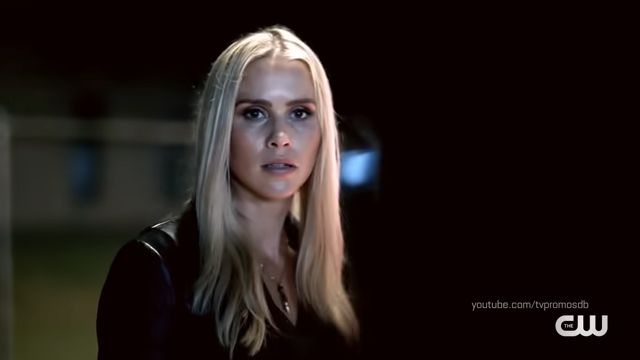 In the previous episode 3 of Legacies Season 4, Hope died in the episode, transforming into a vampire and achieving her destiny as the Tribrid, as well as killing series nemesis Malivore and longtime love interest Landon in the process. Not only that, but Cleo escaped Malivore, Josie made peace with her Dark Josie self and fused with her, Josie’s poisonous best friend Lizzie and MG revealed their emotions for one another, and Ethan obtained powers. is the season’s finale? nobody knows. Legacies Season 4 Episode 4 facts have sparked the interest of viewers after seeing the new episode. You’ve found the best spot to acquire the Legacies Season 4 Episode 5 “I Thought You’d Be Happier to See Me” synopsis and promo at www.tvacute.com.

Next week on Legacies season 4 episode 5, Claire Holt, who recently appeared on The Originals as Rebekah Mikaelson in the 2018 series finale, will make her Legacies debut on tonight’s episode. Rebekah is afraid of Hope’s path, but she makes every attempt to reach out to her. She will seize the opportunity to reunite Hope with her family. Alaric’s life is hanging on a thread. Josie and Lissie will be heartbroken to watch their father fighting for his life. MG and the others will also try to assist them in any way they can. Cleo and Kaleb discuss everything that happened during the last battle against Malivore. Kaleb will seek advice from Cleo to help him grow as a person.

Legacies Episode 405 Synopsis: Claire Holt – CLAIRE HOLT GUEST STARS — Hope (Danielle Rose Russell) is tracked down by the one person who could help her – Rebekah Mikaelson (guest star Claire Holt). Rebekah is fearful of what path Hope has chosen but makes every effort to get through to her. Josie (Kaylee Bryant) and Lizzie (Jenny Boyd) hold out hope in a seemingly dire situation as MG (Quincy Fouse) figures out what he can do to help. Meanwhile, Kaleb (Chris Lee) wants to set things right and turns to Cleo (Omono Okojie) for guidance. Aria Shahghasemi, Matthew Davis, Leo Howard, and Ben Levin also star. Lauren Petzke directed the episode written by Brett Matthews

Legacies Season 4 Episode 5 will air exclusively on The CW.  on November 11, 2021, at 9/8c. Season 4 will air weekly on Thursdays, with each episode lasting approximately 45 minutes. Those without cable can watch it on Fubo TV, YouTube TV, Hulu+Live TV, DirecTV, and Xfinity. You can also buy episodes on iTunes, Amazon, Vudu, Google Play, and Microsoft Store. You can catch up on previous seasons on Netflix.

The episode continues where the last episode 3 ended. The Necromancer makes an unexpected appearance, reminding Hope that being a hero is likely why she has a chance to reach Heaven. Hope then leaps into the river to save the world. Hope awakens in a box. It turns out Kaleb’s huge evil plot was to keep her in a glass box so she couldn’t feed on human blood and die. Hope breaks free after a few quips from Malivore. Hope, while hunting for Malivore, finds across Kaleb almost killing Alaric. She stabs him to death and collapses. Alaric, the ex-vampire hunter turned headmaster, feeds her his blood so she won’t die and can live. With newly grown vampire teeth, Hope rises. She confronts Malivore again. Half of the Super Squad tries to save Landon and Cleo while she punches him mercilessly.

Josie resolves to resurrect black magic and casts a tough summoning ritual. But this brings Dark Josie back, who sees Finch for the first time. After Dark Josie’s silly banter, Finch returns Josie with a passionate kiss. Jed, Wade, and Finch stay behind to help Josie recast her summoning spell. Lizzie and MG are headed to find Ethan and save him from Malivore. Lizzie stabs Ethan in the back to save MG, almost killing him. Fortunately, this sacrifice leads MG to admit he still likes Lizzie, which surprises her. Lizzie returns to the present and utilizes her syphon magic to rekindle Ethan’s heart. Ethan reappears, unaffected by Malivore, and retains his invisibility. Surprisingly, he decides to join the Salvatore School’s riotous fun. Lizzie chugs a beer nervously as she finds herself in a love triangle. Let Hope say farewell to the real Landon.

Landon regains complete control of his body and thoughts thanks to Cleo’s muse magic. Landon persuades her to stab him in the heart after they kiss. She does, and Malivore and Landon perish. Josie’s summoning magic works just in time to restore Cleo to the Salvatore School. Landon dies and is seen in the underworld with the Necromancer. Hope and Alaric talk at the end of Legacies. Hope informs Alaric she’s not returning to the Salvatore School and doesn’t want her “little pals” to come after her. Hope shows Alaric her new Tribreed look and tells him she’ll send a message to them that they should keep away from her. Finally, the Super Squad can fully repay Hope for all the times she saved their lives.