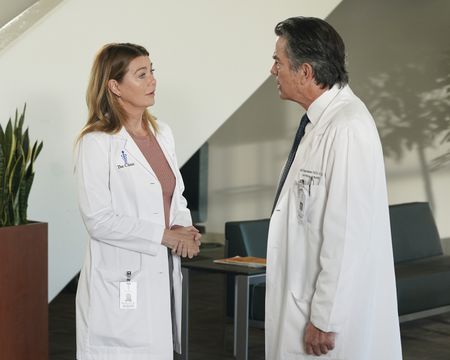 Grey’s Anatomy, now in its eighteenth season, is back with more medical chaos. Grey’s Anatomy season 18 episode 5 details were revealed but you’ll have to wait a long to watch it. This is the second half of a crossover event with Station 19. Greys fans are looking forward to the next new episode of Season 18. Allow www.tvacute.com to offer you all of the necessary information to watch Grey’s Anatomy Season 18 Episode 5 titled Bottle Up and Explode!.

The promo for Grey’s Season 18, Episode 5 teases a massive one. Multiple explosions are expected to strike Grey Sloan Memorial Hospital, and not everyone will survive. Grey’s Anatomy fans should brace themselves for some sadness in the upcoming episode. Season 18, Episode 5 of Grey’s Anatomy will be a part of a huge crossover event with Station 19. Because the two shows are set in the same Seattle reality, their characters will have to deal with the consequences of many explosions. it feels like there could be more interconnectedness. The flagship show and Station 19 will be linked by a gigantic bomb, which will pose severe issues for Owen Hunt. Check out the complete Grey’s Anatomy season 18 episode 5 summary below.  According to one scene in the trailer, the reason may be an earthquake or a bomb, but it’s apparent that the hospital will “be swamped with immense trauma,” as Owen Hunt (Kevin McKidd) warns. Furthermore, Miranda Bailey (Chandra Wilson) is attempting to contact her husband, firefighter Ben Warren (Jason Winston George), but is having difficulty doing so.

Grey’s Anatomy Episode 1805 Synopsis: The Grey Sloan doctors spring into action after an explosion rocks Seattle, with the incoming trauma hitting close to home. Owen experiences PTSD after he hears the explosion, while his sister Megan enlists help from Winston and Hayes in confidence. In Minnesota, Meredith and Amelia meet up with a familiar face who assists in their study. “Bottle Up and Explode!” was written by Kiley Donovan & Beto Skubs and directed by Lindsay Cohen.

Grey’s Anatomy Season 18 Episode 5 will release on  November 11, 2021, at 9:00-10:01 p.m. EDT on ABC. Subscribers to Hulu can watch the show the next day on-demand online or live to stream it on Hulu+Live TV. the show is available on Fubo TV, DirecTV, YouTube TV, and Xfinity, among other platforms. You can also buy or rent episodes on Vudu, iTunes, Amazon Prime Video, Google Play, and Microsoft Store.

Webber reveals that the residents will be allowed to undertake solo procedures. Bailey is eventually brought on board. A patient arrives pregnant, gives birth early, and her new partner has no idea she’s pregnant. Noah is on his way to the veterans’ gathering to recruit more people when his mentor falls and needs to be rushed to the hospital. He’s in a bad way. Addison must determine what is wrong with her patient. She had a nervous breakdown over Amelia. Megan visits Hayes with her son Farouk. Bailey dislikes throwing the residents into the deep end. Roy has cancer and is dying, which Owen discovers. Amelia and Addison discuss Link. When Nikki’s partner leaves her, Jo is there to encourage her, and when she and Carina deliver the baby, she talks Nikki through the process. While Helm makes a mistake and Bailey takes over, Levi shines during two procedures. Addison and Amelia converse and form a relationship. Megan becomes sad as Farouk needs surgery. Despite the hazards, Owen and Winston execute Roy’s procedure. Roy begins to crumble. Noah blames Owen for his death and departs. Addison disappears. Mer has returned to Minnesota and has made plans to dine with Nick.