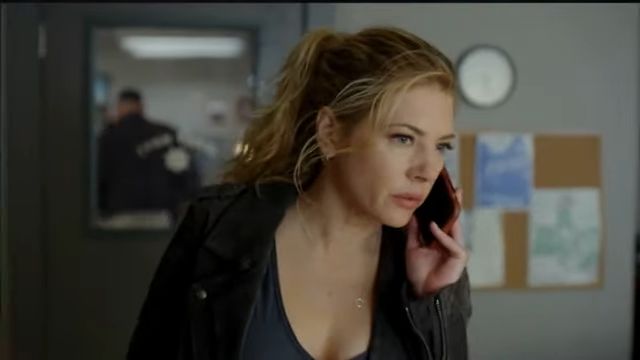 Travis blew Cassie and Jenny’s cover in Big Sky season 2 episode five. “Heart-Shaped Charm,” the sixth episode of Season 2, picks up seconds later with guns drawn in a standoff. Cassie (Kylie Bunbury) and Jenny (Katheryn Winnick) reluctantly lower their weapons and walk away, but Jenny casts a scathing glance at Travis (Logan Marshall-Green-2). Dietrich (David Meunier) says that the surveillance cameras in the bar’s parking area were the sole reason he let them live. Now, are you curious to learn more about Big Sky season 2 episode 7 titled “Little Boxes” –?  Allow www.tvacute.com to supply you with all of the information you’ll need to watch the latest episode 7 of ‘Big Sky Season 2.

“Little Boxes” was written by Brian McCauley Johnson and directed by Lisa Leone.

Big Sky Season 207 Synopsis: Cassie and Jenny discover a gruesome message meant for Dietrich in their search to find Travis, leading them to fear the worst. Elsewhere, Tonya works to gain Donno’s trust and Ren’s ear, and the kids hope to stay out of sight as they tend to Creary’s injuries. Meanwhile, Cassie has an emotional breakthrough and Ronald and Scarlet work to break out.

Big Sky Season 2 Episode 7 will release on  December 9, 2021, at 10:01-11:00 p.m. EDT on ABC.  Subscribers to Hulu can watch the show the next day on-demand online or live to stream it on Hulu+Live TV. the show is available on Fubo TV, DirecTV, YouTube TV, and Xfinity, among other platforms. You can also buy or rent episodes on Vudu, iTunes, Amazon Prime Video, Google Play, and Microsoft Store.

Jenny and Cassie are allowed to leave by Dietrich. Jenny later sees Travis, who informs her that they need to calm down. Smiley, unknowing to them, is watching them interact. Cassie approaches Max after noticing that he has the same keychain as the one recovered at Harvey’s murder scene. Max denies knowing anything. Max’s mother tells T-Lock about the drugs and the accident that Max informed her about. He offers to deliver the drugs to the cops on her behalf. Travis gets kidnapped by Ren and Donno, who question him about the missing narcotics and money. They torment him in the hopes that it would reach Dietrich, but he tells them that if they want Dietrich to go after Smiley, they should go after him. Rather than going to the cops, T-Lock meets with Smiley and asks him to help him sell the drugs.

Mark flies to Wolf’s ranch, where he initially fabricates a story before Wolf exposes him as a liar. Ronald and Scarlet are taken away by Agatha. Ren and Donno head to Smiley’s, where Ren murders him. Jenny locates Travis, but she is forced to flee when Dietrich enters and snatches him away. Jenny pays a visit to Harper’s restaurant and orders a cup of coffee to take with her in order to obtain her DNA. Harper notices the scary van outside her workplace and discovers the creeper inside bleeding out. Mark decides to leave the ranch but later returns to investigate.