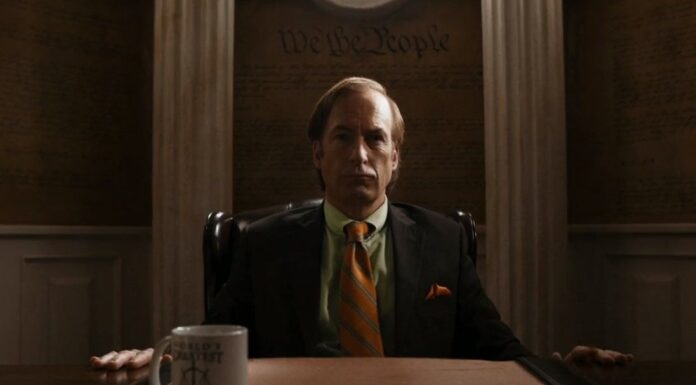 The conflict between Gus and Lalo (Tony Dalton) was put to a bloody end in the second part of Better Call Saul’s sixth and final season (Giancarlo Esposito). Episode 9, transports us to the day following Lalo’s passing and demonstrates how everyone is coping with all that happened that terrifying night. Gus is prepared to declare victory. On the other hand, following Howard’s horrifying murder, Goodman (Bob Odenkirk) and Kim (Rhea Seehorn) are did their best to maintain composure. Additionally, everyone on the Better Call Saul chessboard is doing their best despite the fact that each pawn has a different game to play.

After all, life continues despite sorrow. For Saul, the storm is over, and he is eager to move on from everything. Kim is unable to do the same, though. Finally, after Howard’s funeral, Kim (Rhea Seehorn) bids Jimmy farewell, kisses him, and leaves him in the parking garage. That indicates that the show has at last begun to address Kim’s ultimate fate and provide an explanation for why she isn’t a part of Breaking Bad. Does Kim make a comeback and resume her previous behavior? Will Saul now take center stage in the show?  www.tvacute.com has brought more information about the Better Call Saul season 6 episode 10 for you which you can check below.

In the finale season of Better Call Saul episode 10 titled “Nippy”, a new player enters the game in the wake of the shocking development that was revealed by ex-lawyer Kim Wexler the previous week. In addition, There are a lot of stories to tell and only four episodes remain. Kim’s fate. A super lab needs to be built, and engineers and a team need to be hired. Jesse Pinkman and Walter White would arrive any second.

Future plans for Gene Takavic. Does he is going to make an appearance in this episode? Take into consideration the following: In the chronology that takes place in the “past,” we are now at the moment when Jimmy has completely accepted Saul, which means that we are virtually at the point where Breaking Bad begins. The three guest stars for this half-season of Better Call Saul that were previously announced have yet to appear. As Walter White and Jesse Pinkman from Breaking Bad, Bryan Cranston and Aaron Paul are expected to return, and Carol Burnett will play Marion, a brand-new character.

Better Call Saul season 6 episode 10 Synopsis:  A new player gets in the game.

Tonight! A brand new #BetterCallSaul, written by the amazing Alison Tatlock, and returning to the director's chair, the one & only Michelle @MMMacLaren!

To quote Mike Ehrmantraut: "Whatever happens next, it's not gonna go down the way you think it is."