The final clash between Matthew Shea and Lexi Wilson took place in the previous episode of Below Deck Mediterranean Season 6. As a result, Lexi ultimately steps off the boat, without looking back. Delaney, on the other hand, gets thrown out and passes out so rapidly that she is unable to say farewell to the rest of the team. To know more about Episode 613 read the recap with www.tvacute.com below, which will enable you to understand the episode better. What will come next, Below Deck Mediterranean Season 6 new episode 14 titled “All I Need Is a Miracle,” you can read the synopsis below.

Below Deck Med Episode 6.14 Synopsis: A new group of charter guests arrives with high spirits and even higher expectations. As Sandy joins the guests for dinner, Mathew puts extra pressure on himself to impress his Captain. And when Katie voluntarily goes short-handed in the stew department, Malia worries the workload will become overwhelming for the deck crew after rookie mistakes are made.

The Mediterranean spin-off of the boat-based reality show’s new Episode 14 of “Below Deck Mediterranean” Season 6 titled “All I Need Is a Miracle”airs September 27, 2021, at 9 p.m. ET on Bravo, which will run for 45 min. You can stream it on the official website of Bravo and New episodes will be available on Peacock a week before Monday. Live-streaming fans can watch the show on DirecTV, YouTube TV, Fubo TV, and Sling TV. You can also buy or rent this episode on iTunes, Apple TV, and Amazon Prime Video.

Lexi and Mathew Shea began a new dispute, which quickly escalated to incredible proportions. The entire debate was heinous. The rest of the crew tries to break up the fight, but their intervention only fuels Lexi’s fire. She believes that everyone will vote for Mathew since he is more popular. Even Lloyd Spencer, who appears to be on the edge of a panic attack, is telling Lexi to stop talking at this point. There’s nothing left to discuss by the time everyone is back on board Lady Michelle. The next day begins with Delaney Evans‘ departure. Katie Flood is tasked with informing Captain Sandy Yawn about the night before’s drama. As a result, the captain convenes a conversation between Mathew and Lexi in the main salon, with the head stew present as a witness. Lexi was fired by the captain. Despite the fact that Mathew is on his third chance, he was just given a warning. After a quick pep talk from Sandy to the entire crew, it’s back to work preparing for the next charter.

We discover that the next primary is a gospel artist named Anthony Evans during the preference sheet meeting with Katie, Mathew, and Malia White.The visitors have requested a variety of water sports, a beach picnic, and an Italian feast, so the deck crew and chef are busy. While Katie is debating whether or not to bring in another stew for the last two charters, David Pascoe’s knee ailment has worsened. When the supplies come, Captain Sandy notices deackhead’s injury. Sandy asks David and Malia about why he’s limping once he’s all harnessed up. Sandy was enraged after learning that David had harmed herself two days previously. So. he was relieved of his duties on the harness right away. Malia was chastised for not reporting it to the captain. 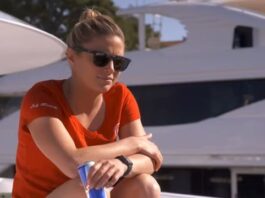 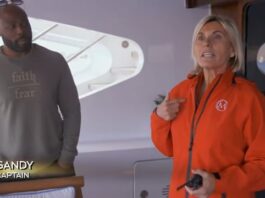 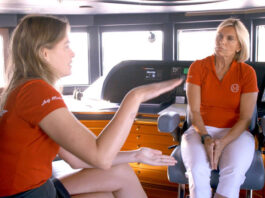 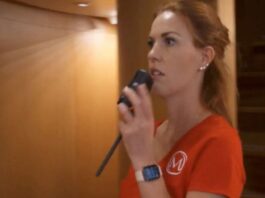 Below Deck Mediterranean Season 6 Episode 11 “Should I Stay or... 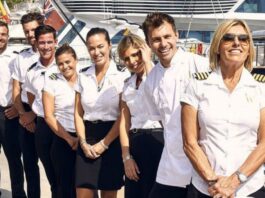 Below Deck Mediterranean Season 6 Episode 10 “Burning Down the House”