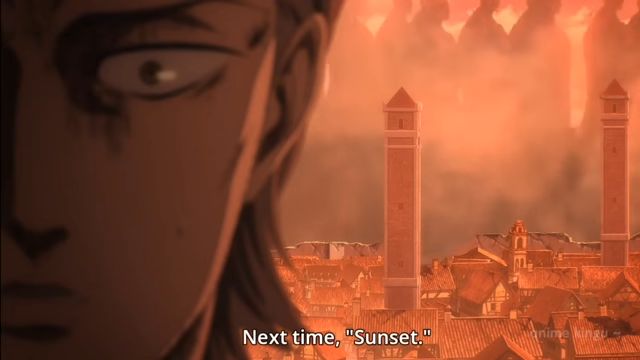 The previous episode of Attack On Titan, was thrilling and emotional, demonstrating how far the plot and characters have progressed. It brings back someone very important from the past. Eren Yeager has officially activated the Titans formerly within the walls and sent them on a route to destroy the rest of the Earth, the series has entered an explosive new phase that will rapidly bring it to the ultimate endgame. As a result, each fresh episode of the show is now more important than ever, as it’s evident that the end is approaching even faster than before. And there are still a lot of unanswered questions about how it’s meant to all come together.  After the series’ best episode yet, everyone is now anticipating what will happen next in “Attack on Titan” Season 4 Part 2 Episode 7. Fans will have to wait a bit longer to find out what happens next in Season 4 Episode 82 (aka Episode 23) of “Attack on Titan. tvacute.com explains everything you need to know.

The fourth and final season of Attack on Titan has finally aired its latest episode in the US. fans have been treated to a never-ending roller coaster of disclosures, shocks, and twists. As the summary implies, the episode’s main focus is on Annie’s return to action after being thawed out of her self-imposed prison, but it also promises a far deeper dive into her character as she observes the mayhem in the world around her. With the last season approaching its conclusion in just a couple extra episodes, fans have begun to wonder if the series will be able to fit all of the endings onto the final slate. This has spurred speculation about a possible film adaptation, but it will have to wait until the anime’s final episodes.

The synopsis for “Attack on Titan” Season 4 Part 2 Episode 7 titled  “Sunset”  says that  “In the turmoil of the people, a person who was once a friend and an enemy wakes up. When I was stopped, I went on, and everything changed. When that happens, the choice is …”

What is the Release Date for “Attack on Titan” Season 4 Part 2 Episode 7?

We won’t have to wait long for the next episode, thankfully. In the United States, “Sunset” was released on February 20th. And Japan on February 21st on Tokyo Mx, NHK G, MBS, and other Networks. with an average viewing time of 25 minutes. AOT Season 4, Part 2 consists of 12 total episodes.

How do I watch Season 4 Episode 22 of Attack On Titan online?

The episode can be viewed in a variety of ways on the internet. Fans can stream the episode on online streaming sites Crunchyroll and Funimation using their subscriptions. These episodes will be available on Hulu as well, although at a later date. You may also buy the episodes from Amazon Prime Video and view them there.

Is There Trailer for Attack on Titan” Season 4 Part 2 Episode 6?

There is one, and you’re in luck! This trailer is for you if you’re like us and can’t wait to see footage from the next episode.’

The second half of the anime’s fourth season, which will be the series’ final season, premiered in January. Fans will, however, be sad to learn that the program will suffer a temporary setback. The final episode of Attack on Titan season 4 has been pushed back a week, and episode 84 has been rescheduled somewhat. The show’s Japanese website has disclosed the planned schedule adjustments, as translated by the Twitter account Attack On Fans. According to the website, episode 84, which was supposed to show on March 6, would air at 00:15 JST, 15 minutes later than usual. The final episode of Attack on Titan season 4, episode 87, has been postponed by a week. Instead of March 27, the series finale will now air on April 3.

There are important changes in the episode schedule! 😱

Eren, who has taken possession of the Founding Titan and set the rumbling in motion, utilises his newfound abilities to gather all of the Eldians in the Coordinate. He addresses the crowd as Ymir’s Subjects and reveals his plan to protect Paradis Island. Eren swears to eliminate all life outside the island, despite rejecting the allied troops’ genocidal objective. As people come to terms with the unsettling reality of Erens’ remarks and the severity of his words, a sense of helplessness overtakes everyone who wants to halt the anti-mad hero’s scheme. Reiner realizes while hunting for Falco that he has inherited the Jaw Titan and is therefore likely to be kidnapped by Connie and Jean. The holder of Armored Titan appears disheartened and despondent, knowing that he was powerless to stop Eren.

Gabi, who is beside him, is taken aback by the fact that Reiner has given up all hope and is no longer capable of fighting. As a result, she abandons him and embarks on a solitary search for Falco. Connie, Jean, Armin, and Mikasa, on the other hand, are finally coming to terms with Eren’s ambitious intentions. An unconscious Falco is with them, as Reiner had predicted. Connie and Jean get into an argument when they explore the prospect of saving someone’s life by feeding them the new bearer of Jaw Titan. When the Pure Titans, who were produced by Zeke, start attacking everyone at random, Connie seizes the chance to take Falco. Mikasa, Armin, and Jean are left with no choice except to confront the Pure Titans and defend themselves. At the same time, Kaya’s family is being pursued by a Titan, and she is about to be devoured when Gabi saves her life. Finally, the two have a rational chat and appear to understand that they are not so dissimilar after all. Meanwhile, the valiant Eldians engage in a full-scale battle with Zeke’s Pure Titans, killing every single one of them. Armin and Mikasa are taken to meet Gabi by Artur Blouse. The warrior candidate begs the two to return Falco, but Gabi is taken aback when she discovers that Connie has stolen him. Annie, on the other hand, eventually wakes up after the rigid shell that has covered her for years begins to crumble.

In ‘Attack on Titan,’ Dot Pixis dies. Connie, Jean, Mikasa, and Armin are standing on the rooftop when the rumbling begins, watching the drama develop and discussing Eren’s strategy. He claims that only her mother should be permitted to devour Falco in order for her to be able to have a normal life after years of suffering as an unnatural Titan. Armin takes a different tack on the situation, stating that they can’t afford to murder Falco and provoke a battle with Reiner and the Cart Titan. His argument is logical, given that the entire world is collapsing in front of their eyes. Connie, on the other hand, dismisses all reservations and concerns. As soon as one of the Pure Titans approaches them, he takes advantage of the opportunity to flee. After snatching Flaco, he’ll almost certainly return to his tribe to save his mother.