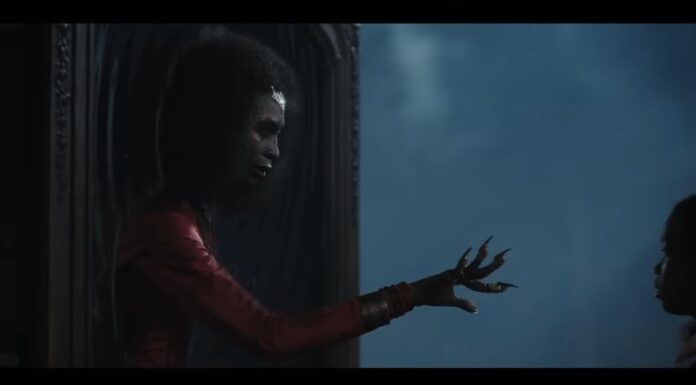 Every episode of American Horror Stories offers a distinct story, and the second season has many viewers captivated. But many episodes of AHStories feature recurring plots or are clearly related to earlier seasons and AHS characters, such as the strange cannibal connection between Apocalypse and Cody Fern’s characters in “Milkmaids.” American Horror Story has previously featured the act of chopping off hearts and devouring them. Season 8 of AHS: Apocalypse saw Michael Langdon, played by Cody Fern, eating the hearts of two individuals, which seemed to be no coincidence. However, in “Milkmaids” from American Horror Stories, cannibalism is viewed as the cure for smallpox recommended by God.

While Michael Langdon’s Apocalypse narrative shares ritualistic eating of hearts, “Feral” from American Horror Stories Season 1 Episode 6 had a cannibal story starring Cody Fern; however, he wasn’t the one who was eating victims at that time.  The impending new episode has the audience incredibly excited. We are fully aware that we are in for a ride that will not disappoint! The show has also given some hints about the next episode’s characters and plot. Do you now have a burning desire to find out what happens in AHS Spinoff: Season 2 Episode 5? Check out www.tvacute.com to discover out.

American Horror Stories Season 2 Episode 5 is titled “Bloody Mary.” Bloody Mary is the name of a cool tomato juice cocktail as well as a folktale and a popular sleepover game. A Bloody Mary spirit is said to manifest in a mirror in a dark room when her name is spoken three times. The spirit may interact fatally with the chanter, depending on the interpretation of the story. Bloody Mary, an episode of American Horror Stories known for its shocking twists, will probably present a modified version of the legend, as it did in episode 3. To find out what the plot holds, viewers will have to watch it.

Do as she says. “Bloody Mary” is now Streaming only on @hulu. #AHStories pic.twitter.com/Wvz4XLLV1S

American Horror Stories released the episode 5 “Bloody Mary” cast list, as seen in the tweet below. It appears that no former cast members of American Horror Story will appear in this episode. The episode does, however, feature some well-known actors, like Quvenzhané Wallis, and Dominique Jackson (Pose). Raven Scott, Kyla Drew, and Kyanna Simone are a few additional cast members.

Dare to say these names three times? A new episode of FX’s American Horror Stories is streaming TOMORROW only on @hulu. #AHStories pic.twitter.com/kboxA1QpCd

The movie “Milkmaids” transports viewers to New England in 1757. The residents of a small town will do anything to eradicate smallpox because it is a deadly disease. Milkmaid and prostitute Celeste (Julia Schlaepfer) has multiple smallpox boils but hasn’t been ill. She thinks Saint Lazarus’ healing power can be found in the pus from her boils. Celeste claims that every man who has (yes, really) consumed her boils has survived smallpox and developed an immunity to the illness. Celeste tries to persuade Pastor Walter (Seth Gabel), the new pastor, of her healing abilities during their meeting. Cannibalism is his own equally insane smallpox cure, and he is not buying it. By persuading them that everyone will be secure if they eat the dead people’s hearts, he turns the village against Celeste. Celeste encounters Delilah in a barn where she is hiding from the irate townspeople (Addison Timlin). The two start dating, and Delilah begins to think that Celeste’s boil pus might have a medical explanation for its curative qualities. She eventually realizes that what might be healing is actually bloody cow’s milk. Sadly, the men would rather continue devouring hearts than pay attention to what a milkmaid has to say. Pastor Walters pursues Celeste and is fatally injured. Additionally, viewers discover that Thomas (Cody Fern), the husband of a woman who passed away from smallpox, is Celeste’s biological father (Ian Sharkey). Until he sees Celeste kissing Delilah, he wants to keep Celeste safe. After yet another confrontation, Celeste is the last person left. Nothing is dirtier than a mother who lives with monsters, so she rushes to be with her son but he kills her and eats her heart.