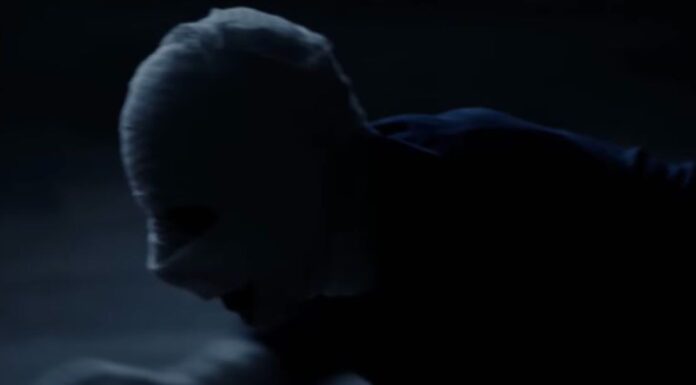 The deadly truths in store for American Horror Stories’ youthful characters alter the lore around the evil spirit “Bloody Mary.” Elise confesses that Mary demanded blood from three innocent citizens. she had already slain Lena and Maggie and was planning to kill Bianca. The conclusion shows that not everything is as it seems. The last scene of AHStories season 2, episode 5 features one of the girls unintentionally turning into the new spirit imprisoned behind the mirror, in addition to a shocking twist in which Bloody Mary is shown not to be the murderer. The second season of American Horror Stories has many fans enthralled, with each episode offering a unique scenario. Do you now have a tremendous curiosity to watch AHS Spinoff: Season 2 Episode 6 to find out what happens? Here (www.tvacute.com) is all you need to know before watching Episode 6 of ‘American Horror Stories Season 2’!

The first thing that we need to clarify is going to be quite straightforward. there are just three episodes left in this season’s whole run. This indicates that these episodes have the potential to be particularly intense. However, there is no climactic buildup to the conclusion because each chapter is essentially its own self-contained story. So what will story come next? You will get to view a story with the title “Facelift” on the sixth episode of the second season of American Horror Stories. Where will this path lead us?  The episode was written by Manny Coto and directed by Marcus Stokes. What we are able to surmise is that this is going to be a macabre tale reminiscent of Mason Verger in which one person is responsible for removing the faces of other others. Alternatively, a warning tale regarding cosmetic surgery.  You can  read the synopsis that  was provided by disneyplusinformer.com

AHStories 206 Synopsis: “A woman desperate to look her best does the unthinkable.”

When I first saw all the episodes this was one of the ones I had really high hopes would be good 🙏 https://t.co/H4U1sq8VMv

Do you have an appointment with us? Better get in line. Episode 6 of FX’s American Horror Stories is streaming TOMORROW only on @hulu. #AHStories pic.twitter.com/exWEie9wQ6

Teenage sisters Elise (Raven Scott) Bianca(Quvenzhané Wallis) and their friends Lena (Kyanna Simone) and Maggie (Kyla Drew) are the subjects of the movie “Bloody Mary,” which depicts them skeptically summoning Bloody Mary (Dominique Jackson) in the hope that she will grant their most ardent desires. The girls are led down a treacherous path where they must commit heinous actions on others in order to fulfill their goals and prevent their own deaths by the spirit after learning that the Bloody Mary legend is actually true.

Elise invites her sister Bianca to the cursed cottage that serves as the source of the  genuine  Bloody Mary after Maggie and Lena have perished horrifying deaths in which their eyes were ripped out, as the Bloody Mary tale foretold. The cabin of Margaret Worth, a 19th-century serial killer who lured enslaved persons to her home before either killing them or selling them back to slave catchers, was where Elise ended up after conducting research on the history of the Bloody Mary. When they get there, the girls summon Bloody Mary in one of the mirrors, and the ghost asks Elise whether she brought everything. Bianca is perplexed by this question because she believed her sister had never been seduced by the ghost. The antique dagger that Elise used to murder Margaret Worth is then given to Bloody Mary in the world.

Elise tries to use the dagger to stab and kill Bianca while apologizing for what she’s going to do, but her younger sister outmuscles her and kills her in self-defense. After that, Bloody Mary tells Bianca how Margaret Worth nearly tried to kidnap her son when the slave catchers arrived after trapping her and other travelers in her cellar. In a flashback from American Horror Stories season 2, Bloody Mary begs Mami Wata’s ghost to help her bring the brutal tormentors to justice. However, when Mary uses the knife to stab a girl who was tricked into helping Worth, the girl’s soul is poisoned and is unable to pass on to meet her ancestors. After consuming Bianca’s blood, Bloody Mary (Pose’s Dominique Jackson) is freed from her 160-year imprisonment in reflections. Bloody Mary, however, didn’t just vanish at this point; instead, she was moved into the real world. while Bianca is locked in her place and has changed into the new Bloody Mary.