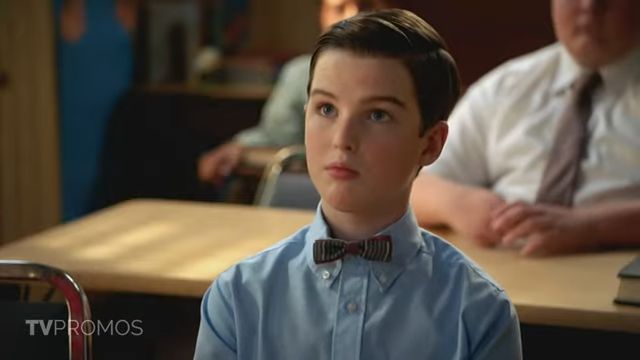 Mary receives upsetting news regarding George, Sr. in Young Sheldon Season 5 Episode 1. The family was in a terrible situation when George, Sr. was transferred to the hospital when Missy and Sheldon, meanwhile, were having trouble coping and decided to run away from home, which resulted in a devastating encounter. Allow www.tvacute.com to provide you with all of the information you’ll need to watch “Huckleberry,” the second episode of “Young Sheldon Season 5.”

Michael Judd directed Young Sheldon Season 5 Episode 2 “Snoopin’ Around And The Wonder Twins Of Atheism”. Mary encourages Missy to join her in Morning Prayer when she finds solace in religion. But Missy and her mother don’t seem to agree. As seen in the trailer, she refused to go. To give her children the appropriate teachings of the Bible offended Mary. So she asks Pastor Jeff for aid. Sheldon encourages Missy to reconsider her decision. He also tells her to join the Bible’s teaching to fight it. We soon spotted them in the class together. It implies Mary finds a young Pastor to teach her kids religion.

Young Sheldon Season 5 Episode 2 will release on Thursday, Oct. 14 (8:00-8:31 PM, ET/PT) on CBS.  If you missed the television broadcast or are a cord-cutter, you may watch the show on CBS’ official website. In addition, the season premiere will be available on Paramount+, FuboTV, YouTube TV, Xfinity, Hulu+Live TV, and DirecTV. You may watch the show right here if you have an HBO Max membership. ‘Young Sheldon’ episodes and seasons can also be purchased or rented on Spectrum, iTunes, Amazon Prime Video, Google Play, and Vudu.

The Season 5 premiere picked up just where we left off. George and Brenda became wasted and talked about their mutual affection for Lynyrd Skynyrd. Both of them were at the same concert in 1976, it turns out. George, on the other hand, put his hand on his chest practically as soon as the proposition was made. Brenda ultimately dialed Mary’s number and informed her that George was in the ER. Brenda revealed to Mary that she had run into George in the bar. Soon later, the doctor appeared and informed Mary that her husband had slight angina pectoris but would be fine. Sheldon was determined to make his father punish him for running away with Missy when he returned home.

Tam’s indifference to his early departure and the removal of his safety goggles, on the other hand, irritates the youngster. Sheldon looks for them throughout the school, which irritates everyone who gets in his way. Missy and Georgie, on the other hand, have a few years left in high school to catch up to Sheldon. Sheldon’s siblings are still expected to be involved in the chaos that ensues, beginning with a graduation interview with a local news station. Missy launches into a rant about her own primary school graduation, while Georgie discusses his love life.

When Sheldon begins to confront his own sentiments, the interview takes a serious turn. He’s troubled by the prospect of Tam making new friends in the future, as well as his separation from Professor Proton. Sheldon eventually understands he isn’t ready for college and is apprehensive about taking the next step. Missy encourages him to find the strength to accomplish it despite his fears, and this inspires him to enroll in college. In a sarcastic yet beautiful graduation speech dedicated to his sister Missy, he expresses his thanks. Sheldon Cooper, now an adult, recalls that his graduation celebration was his best until his son Leonard Cooper’s time came.