Yellowstone Season 5 Episode 6: Could someone’s life be in danger? 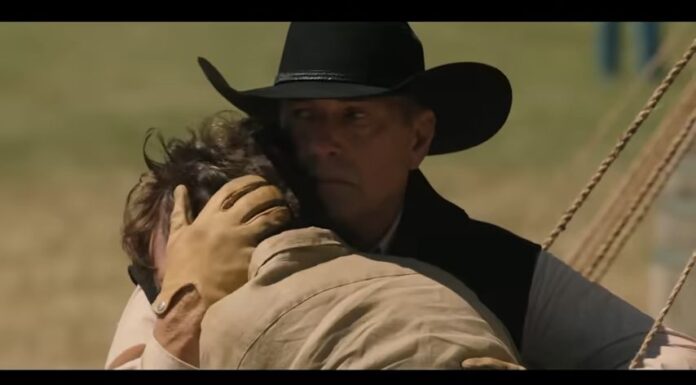 The fifth episode of Yellowstone’s fifth season brings viewers to branding season, that delightful time of year when the Duttons had to run their cattle from the mountains and round them up to be marked. Summer (Piper Perabo) and Monica (Kelsey Asbille) watched the boys, Beth (Kelly Reilly), Teeter (Jennifer Landon), and Clara (Lilli Kay) ride away on an important mission to herd and brand their cattle In order to better comprehend the environmentalist pressures on John’s ranch and office, Summer Higgins was freed from prison but was not granted mercy. She now finds herself among wolves. The conflict between Montana’s ranch owners and environmentalists has been often shown in the series. In Episode 5, a lot of things happen thematically even though little happens in the story.  Read the recap here to learn more. What will happen next?  If you’re eagerly anticipating the release of season 5,  everything you need to know about the new Yellowstone episode 6 is right here (www.tvacute.com).

After a fistfight broke out in the episode 5, the ranch is in disarray. What next for Kevin Costner’s Governor Dutton?  The following episode, “Cigarettes, Whiskey, a Meadow, and Fog,” will be Stephen Kay’s third directing gig this season. we will get to witness John and Kayce spending quality time together as a father and son. It appears that John is providing Kayce with some fatherly guidance in Episode 6, and we can’t wait to see what else they have in store for us. It may include some extra trips into the past. Josh Lucas, who portrays the younger John Dutton, recently discussed potential future developments with TV Insider. According the preview, It includes the emergency medical services helicopter in any way.Who is it that is sobbing in John’s arms?  it is difficult to determine who it is; nonetheless, judging from the individual’s hair, it may be Tate or Carter.  More sequences where they all interact Check out the full Yellowstone Season 5 Episode 6 synopsis and the promo, below for additional information about this episode:

Yellowstone Episode 506 Synopsis: The Duttons and the Yellowstone enjoy an almost perfect day branding cattle; Montana gets an unexpected visitor from outside; Sarah continues to sink her teeth into Jamie; Rainwater deals with a challenger from within.