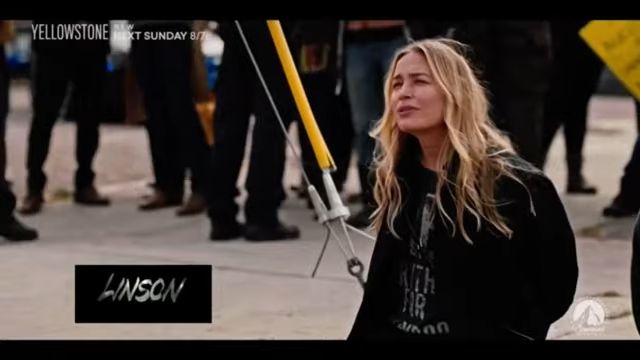 We’ve just passed the halfway point, and it feels like we’re still moving. Season 4 of Yellowstone is bringing the same thrills and excitement as the previous seasons. Yellowstone presents two new individuals who will have a significant impact on Season 5. This is a spoiler-heavy recap. For full information, let’s dive into Yellowstone S04E05 recap below.

John is reclaiming the room that Kayce had abandoned. Because she doesn’t want John to be alone, Beth is in the bedroom. They talk about a book she’s reading. She’s seeking guidance from her father, who may or may not have the answers. John admits that he can’t get rid of his loneliness, so he accepts it. But as he entered his room and saw her, he realized he wasn’t alone any longer. He hopes she lives longer than he does since he can’t picture his life without her. She claims that she will never die. ” worry not, Daddy,” she assured him. “Only the good die young,” she says, “and if a meteor hits the earth tomorrow, it’ll be here and the cockroaches that run this motherfucker.”

Monica appeared to be at ease now that she was back on the reservation. Tate was also doing well, spending time with Rainwater in the sweat lodge. Monica was concerned for him, but Rainwater is perplexed as to why Tate feels terrible about something he should be proud of. He won’t see himself as a murderer; instead, he’ll see himself as a fighter” like her. Monica is kicking herself for not killing the guy personally. Rainwater claims it’s the regret of a warrior. Kayce comforted her that they’d be able to locate a house to rent locally, and she quickly Googled the perfect property.

Back at the Yellowstone, Rip kept putting Lloyd in the doghouse by demanding that he ride a horse, which irritated Lloyd. He also wants Lloyd to demonstrate how to saddle a horse and to teach Carter how to identify the various pieces of the saddle by name.

Jamie is contacting numerous detainees in search of information. He calls the lawyer of one of the detainees and offers his client immunity in exchange for information about the John Dutton attack.  We’ve returned to Texas. As Barry Corbin stood there watching, Jimmy was stung by a scorpion.

Rip still doesn’t believe Carter will live long enough to be called anything other than a boy. John engages him in conversation and warns him that his good looks will bring him into trouble. John observed the tension between Rip and Lloyd when he returned to Yellowstone. He’s curious about Lloyd’s situation. Rip, and both of them should remember who Lloyd is to Rip. Lloyd is still walking because of who he is, says Rip.

On the street, there is a demonstration. Throwing red paint about and such. Kayce was confronted by demonstrators at the Livestock Commission field office in Livingston, and drew his revolver quickly. When Haskell arrived, he asked, “What the f—kin’ f—k?”

When John is summoned to the commotion, he drags Ryan along with him. Ryan is baffled as to why someone would pour paint over themselves. Before John pulls him away, he even asks the protestors.’ John was not pleased with Kayce when he was summoned to the Livestock Commission office. “Son, I couldn’t have come up with this if I spent a week thinking of ways to f—k up my day,” he added.

The protest is led by Summer Higgins (Piper Perabo). She and John got into an argument about toxic masculine fantasies. They’re there to protest state-sanctioned cops that are assisting large ranches or something like that. John makes a list of all the animals that are killed as a result of planting fields. Despite Haskell’s advice that the protestors wanted to be detained in order to gain attention, John chose to bring charges.

Walker doesn’t want to sleep in the trailer anymore, so he sits by the fire at the bunkhouse. Laramie joins him in the screwing process. Lloyd walks away from the gathering, no longer enjoying himself. He’s not sure what he’s going to do, but he ends up visiting the boy. Lloyd sees Walker and Laramie having sex outdoors as he walks away, further embarrassing and enraging him.

Monica is on the lookout for a home. Kayce thinks the house looks great now that Tate appears to be content. He and Monica talk about different ways to make a living, and Monica advises that she go back to teaching.

Summer was at a loss after John bailed her out. What was he thinking when he did it? He said, “You believe what you’re doing is correct.” “I disagree, but I respect your point of view.” He wanted a chance to show her Yellowstone in exchange; he figured it would help them both understand each other better.  She initially resists, but ultimately chooses to accompany him on his journey. Well, that and “don’t throw any more rocks at my son, OK?” he wanted. John and Summer did get to know each other better on the way to the property. In fact, he agreed that the world couldn’t take much longer with people living off of it. He predicted that “there would come a moment when Earth sheds us like dead skin,” and that it would be our own fault. Summer agrees with John that the earth will remove humanity like its own skin at some point, and it will be our responsibility. She is taken aback.

Meanwhile, Jamie begins the process of moving forward with the investigation into the Dutton family’s attack. To speak with Jamie, a man named Charlie is granted complete immunity. Jamie offers him the world in exchange for his fear of being a snitch. Jamie shows him a photograph of Garrett. Have you been hired by this individual to assist in the murder of the Dutton family? The man recognizes Garrett, and Jamie inquires if his father was involved in the Duttons’ attack. The man’s response no…

Someone, on the other hand, is at Jamie’s house, hammering on the door. “Can I help you?” Garrett asks. Jamie’s former flame.

Beth had a huge day ahead of her: she was going to accept the offer from Market Equities. What does this mean for Yellowstone? John was the one who inquired. “When I run it into the f—king ground,” she explained, “that helps us.” Beth begins accepting wedding reservations for the property. Beth walked into Bob’s office after driving seven hours to Schwartz and Meyer and informed him that the chair in which he was seated… um, “that’s my seat.” He was fired to the nth degree. Market Equities Montana Division has a new president. She merely wanted to manage interest as a form of payment, and she’s here to use that power. “You’re fired, too, ya nosy bitch,” says the secretary who was listening at the door.

Jamie returned home after a long and arduous day. Just as he was going to confront his father, Christina appeared, clutching Jamie’s baby. She informed him, “You did everything you said you would do.” “Now I’m going to keep my word.” “Let me introduce you to your son.” 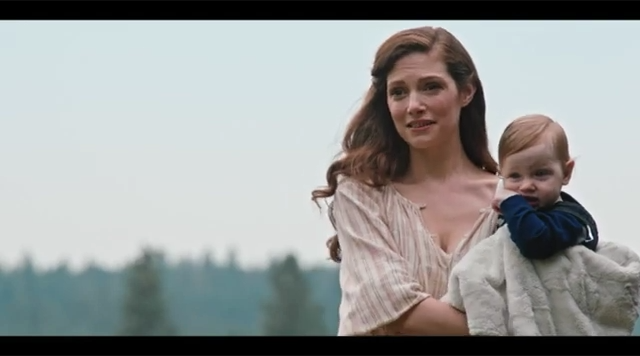 Jimmy wakes up on the 6666 Ranch after resting on a bench to find two men discussing horse training. “There are three gods in Texas: the Almighty himself, Buster Welch, and George Strait,” he added. “You just met one of ’em,” says the narrator. When he is finally summoned over to begin work, he discovers that one of the men is the well-known cutting horse trainer Buster Welch, but he doesn’t appear to realize how significant this is. As the end credits begin to roll, Jimmy mounts a feisty horse with his belongings and rides off into the Texas heat with his new coworkers.