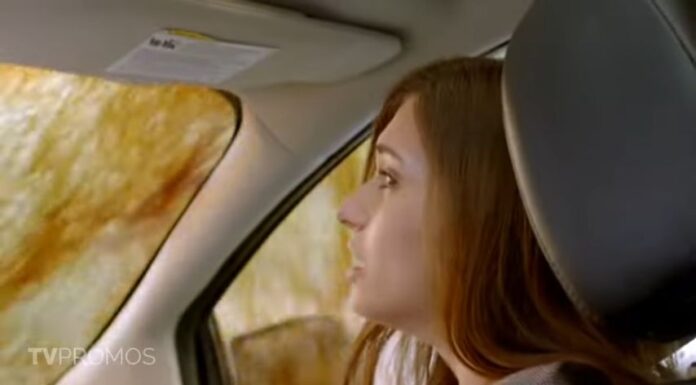 The previous episode of 9-1-1 Season 5 was tight, dramatic, and satisfying, Michael and David their relationship took center stage in the episode. David informs Michael that he would be going for a few months to help with storm assistance in Haiti. Before he goes, Michael informs his family that he will propose to David. There is an explosion inside the hospital but David and his team continue surgery and a young kid assists his newborn sister. an oxygen tank explodes unexpectedly. The leads were able to carry the show. Check out our  911 Season 5 Episode 9 recap! The upcoming installment is eagerly anticipated by fans. Find out more about 911 Episode 509 (www.tvacute.com), including the trailer, release date, and photos.

Before starting, What are the chances of Michael (Rockmond Dunbar) leaving 9-1-1? As, Michael’s apparent decision to relocate to Haiti. The move gives him a chance to leave Los Angeles on his own terms. The writers seem to be saying goodbye to this character for the time being, but Dunbar isn’t saying anything about it. We’ll have to see what happens in the future, but we’re sure he’ll be back. The new episode is called “Past is Prologue” and will focus on a giant sinkhole that appears in the heart of the city, with 118 in one fell swoop to save the day. When an abandoned oil well explodes and causes a gigantic sinkhole in Los Angeles, Bobby and the 118 is called in to save the day. Athena is tasked with investigating a 30-year-old cold case involving a casino robbery that has gone unsolved. Buck is concerned that his relationship with Taylor is about to end, and Hen meets a man who is related to her mother.

911 Episode 509 Synopsis: THE 118 RACES TO THE RESCUE WHEN A MASSIVE SINKHOLE OPENS UP IN DOWNTOWN LOS ANGELES – Bobby and the 118 race to the rescue when an abandoned oil well erupts and causes a massive sinkhole in downtown LA. Athena investigates a 30-year-old cold case involving a casino robbery. Buck fears his relationship with Taylor might be ending, and Hen meets a man from her mother.

911 Season 5 Episode 9 will release on November 29 2021, at 8:00-9:00 PM ET/PT on Fox. Every Monday, the network will screen new 43-minute episodes of the show. 9-1-1 Season 5 Episode 9 Online Streaming options – You can also watch the season premiere on Fox’s official website or the Fox Now app after it airs on TV. The latest episodes of ‘9-1-1′ are available on Google Play, YouTubeTV, SlingTV, Fubo TV, DirecTV, iTunes, Amazon Prime Video, YouTube, Vudu, Hulu Live TV, Xfinity, and Spectrum.

Michael decided to propose when David announced that he’ll be spending a few months in Haiti to assist with storm relief work. Michael’s entire family rallied around him, from the kids assisting him in selecting a ring to Athena putting together the perfect proposal attire for her ex-husband. Everything was set for a wonderful romantic evening… until an explosion at the hospital shattered his entire plan. Despite being told to leave, David stayed to finish removing a patient’s brain tumor. Bobby eventually made his way into the operating room to help him, but he refused to leave until the process was finished: Bobby tells David that Michael had been waiting for him to propose. with a diamond — I’m not sure — in his pocket. Fortunately, David was able to complete the procedure in time to leave the hospital.

Parker, a young kid, discovers his newborn sister and dials 911. He informs Claudette of his location, and Buck and Eddie arrive, but the floor is destroyed by the fire. Rupert, the man who completed cancer treatments, is found by Hen and Ravi, and he refuses to leave without nurse Callie. The roof above them becomes unstable as they find Callie, and it collapses on Rupert.  Michael made another announcement when the chaos had subsided and the family had returned home. He informed his family he was going to Haiti to join David. Harry had already given his consent and was now seeking the approval of the rest of the family. They were, of course, supportive. He learned through the previous night’s events and the events of the previous year that he can assist David rescue lives in his own manner. Despite the fact that his ex-wife and children were supportive of his decision, it was clearly an emotional time for him. “We’ll always be family,” Athena assured him, evoking a flurry of memories.