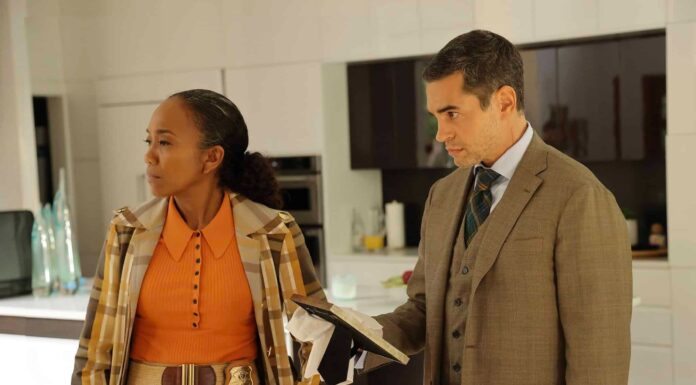 It has been quite some time since a quality detective crime series has been shown on television. Crime drama thrillers remain in high demand, despite the abundance of espionage action movies this year. Fans of detective and crime television shows have reason to be optimistic about the year ahead, as the brand-new television series Will Trent is about to make its debut. ABC has chosen to air the television series Will Trent, which is based on the same-titled novels by Karin Slaughter. The time has finally come to turn the Slaughter books into a series. (tvacute.com) Here is everything we know about the first season of the new detective crime drama Will Trent.

The Georgia Bureau of Investigation’s Special Agent Will Trent (Ramón Rodriguez) is called upon to use his astute instincts and powers of observation to unearth the truth when the investigation into the murder of a teenage girl reveals there is more to the story than meets the eye in the pilot episode of the new ABC drama series Will Trent, based on the New York Times bestselling series of novels by Karin Slaughter.

Get Ready for Will Trent Season 1 Episode 4: My Stupid Detective Brain

On January 3 at 10 p.m. ET/PT, Will Trent makes its television debut on ABC. the next day on Hulu. It will be distributed internationally by Disney+ as a Star Original.

According to the promotional video for the series, it features an original approach to the investigation of crimes as well as an entertaining main character who dresses in a three-piece suit while tracking down criminals. It would appear that the plot of the first book, Will Trent: Triptych, has been adapted for the series, albeit with some minor changes.

The first Will Trent season will mainly rely on the tales from Triptych, Karin Slaughter’s debut Will Trent book. It’s possible that many viewers haven’t read the novel series that served as the basis for this adaptation. There are ten novels in total, with Triptych being the first. When ABC picked up the pilot, the writers expected to produce a more serialized story with more episodes, according to Deadline. However, ABC was adamant about recreating the show as standalone episodes. This raises the question of whether the crime incidents in the series will be based solely on Triptych, the first book in the series, or will they also be based on later books in the series?

Not necessarily—using concepts from Karin Slaughter’s earlier books is irrational considering that the series explicitly stated that it only adapted her debut book. Nevertheless, the screenplay writers will improvise significant changes to the novel’s plot. The book series must also be followed if the television show is to continue for a very long time in the future, even if each episode can stand alone.

Will Trent Episode 1 Pilot air on 3 Jan 2023
Synopsis: When a murder investigation reveals there’s more to the story than meets the eye, Special Agent Will Trent relies on his keen instincts and unique experience to uncover the truth.

Will Trent Episode 2 I’m a Pretty Observant Guy release on 10 Jan 2023
Synopsis: As the GBI continues its investigation on a missing girl, Will becomes frustrated with the suspect search; Angie is forced to evaluate her current relationships as she follows a new case with Ormewood.

Will Trent Episode 3 Don’t Let It Happen Again air on 17 Jan 2023
Synopsis: Will and Faith’s investigation into a small-town murder has large implications when a connection is drawn to a cold case; the death of a security guard perplexes Angie.

Where is [ABC] Will Trent be filmed?

the movie Will Trent was filmed from October 2021 to February 2022. Atlanta is the location for Will Trent’s filming. And Rodriguez added, “We really establish Atlanta as a character in the pilot, which is why it’s quite awesome when you get to shoot where anything takes place. Atlanta is accurately portrayed in this show by the warmth, heat, appearance, and tones. We also get to travel outside of the city during this season, which is fantastic. Some of the events that have occurred in Atlanta and throughout Georgia have served as inspiration for some of our stories. We, therefore, travel to some slightly more rural, outlying areas where there is some actual history.