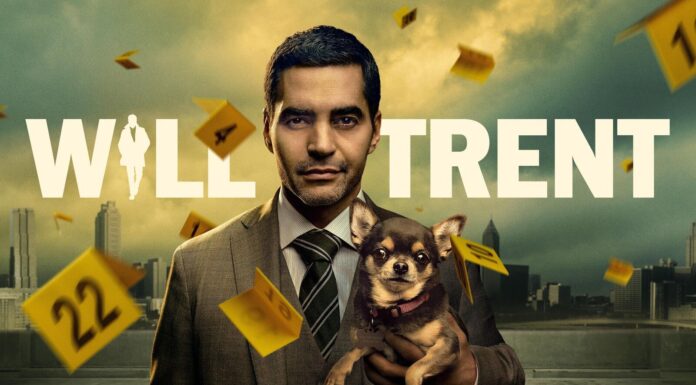 Ramón Rodrguez plays Special Agent Will Trent of the Georgia Bureau of Investigations (GBI), who was abandoned at birth and went through a difficult coming-of-age in Atlanta’s overburdened foster care system. The series is based on Karin Slaughter’s best-selling “Will Trent” books. Will Trent, however, has the greatest clearance rate in the GBI today because he is determined to use his distinct perspective to make sure that no one is abandoned like he was. Who plays role in ABC’s Will Trent?  (tvacute.com) we have everything about the cast members.

Rodríguez as Will Trent

Will is given some of the GBI’s most challenging cases because his distinct outlook on life and the abilities he has developed to deal with his dyslexia have made him the go-to agent for challenging situations. Actor Ramón Rodriguez, a native of Puerto Rico, is well-known for playing Will Trent, the main character in the ABC sitcom Will Trent. The Wire, Day Break, Transformers: Revenge of the Fallen, and The Taking of Pelham 123 are just a few of the previous television roles of interest.

Angie was raised in the foster care system with Will and, she too, is in law enforcement, but she’s on the Atlanta Police Department. American actress and singer Erika Jane Christensen has appeared in the movies Traffic, Swimfan, The Banger Sisters, The Perfect Score, Flightplan, How to Rob a Bank, The Tortured, and The Case for Christ among others.

Faith begins as a member of the Atlanta Police Department, but in the pilot, she’s partnered with Will on this very difficult case, a relationship that will continue as the series progresses. Star Iantha Richardson, a native of Washington, D.C., was born on June 16th, 1990, and has been passionate about the performing arts since the age of three. When she was pursuing her B.F.A., she was first introduced to acting.

Michael Ormewood is a veteran detective in the APD. Soldier and actor Jacob Adam McLaughlin was born in the United States on October 7, 1982. His role as Gordon Bonner in Paul Haggis’ In the Valley of Elah is what made him most well-known. In the brief-lived NBC series Believe from the spring of 2014, McLaughlin played Tate. In the ABC thriller series Quantico, he also played Ryan Booth.

Amanda is Will’s boss at the GBI and so much more, but for those who haven’t read the book, we won’t give out any spoilers. Sonja An American actress, activist, and filmmaker by the name of Sonja Sohn, Denise Plack is best known for playing Baltimore investigator Kima Greggs in the HBO drama The Wire.

Will adopts a Chihuahua named Betty in the first episode. The best part of the pilot was finding out that Betty was chained up outside of Will’s, the neighbor. After the neighbor passed away, Betty was left alone and chained up. Being an orphan, growing up in the foster care system, and having abandonment issues from his background, Will wasn’t just going to let this puppy stay outside. When he brings the dog to the shelter, he finds out what they are planning to do with it and decides he doesn’t like it. He then decides to adopt the dog and bring it home. And that, in my opinion, is a sign because it demonstrates how much heart he has. In addition, he won’t tell you what he’s doing to the dog if he feels like someone else should have done it for him. And I believe that throughout the procedure and the series, he has been attempting to assist others.

Will Trent’s Season 1 Other Cast