Will Trent Season 1 Episode 5: The Look Out – Promo 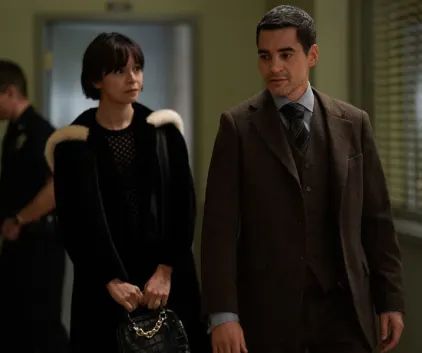 Will Trent is the newest entry to ABC’s police procedural crime drama series, and it is based on the best-selling book series of the same name written by Karin Slaughter. ill Trent, a Special Agent with the Georgia Bureau of Investigation (GBI), serves as the protagonist of this series. He had a difficult upbringing, and he also struggles with dyslexia. Despite all of these obstacles, he has been able to ascend through the ranks of the GBI and become the agent with the greatest clearance rate because of his exceptional observation skills. On television, there have been a lot of brutal crime scenes previously, but the torture that was done to the men in Will Trent Season 1 Episode 4 was religious and ritualistic in nature.  In an effort to identify those responsible for the torture of these individuals, the GBI and the APD collaborated and discovered the victims were seeking retribution against “bad fathers.” (Read the recap below) If you’ve been paying attention to this one, you might be wondering when the next episode will be made available to watch online.  You can find out everything you need to know about the fifth episode of the first season of Will Trent at tvacute.com, including when it will be released, what time it will air, and where you can watch it.

Will and Angie’s relationship is one of the most important ones to watch on the show Will Trent. They have a convoluted past, yet they have the propensity to circle back around to one another. After Will (Ramón Rodrguez)  and Angie (Erika Christensen) had discussed their desire to spend some time apart in the third episode. Now, in the fourth episode of the first season of Will Trent, the two of them were coerced into working a case together, and the situation became much more problematic when their teammates, Det. Michael and Faith (Iantha Richardson), joined them.  However, Will and Angie are able to resolve their differences and end up sleeping together. What lies ahead? In the fifth episode of the first season of Will Trent on ABC, titled “The Look Out” When the wife of a popular local football player is shot during an attempted robbery, Will is eager to quickly solve the case, even though it appears to be relatively uncomplicated. In the meantime, Angie and Det Michael (Jake McLaughlin) are looking into the death of a local real estate agent.  Read on for the complete summary and the promo of the fifth episode of the first season of Will Trent, which you can find below. It will provide you with some additional information about what’s to come.

Will Trent Episode 5 Synopsis: When the wife of a local football hero is shot in a robbery gone wrong, Will is determined to quickly solve the seemingly simple case; Angie and Ormewood investigate the murder of a local realtor.

Will Trent Season 1 Episode 5 will release On January 31, 2023, at 10 p.m. ET/PT, Will Trent makes its television debut on ABC. the next day on Hulu. It will be distributed internationally by Disney+ as a Star Original.

Two teenagers witnessed a man lying dead in the road, heard a gun go off, and then saw a thud. They reported to the police that a green truck drove away without showing any concern. Everyone believed that the man had collided with a truck, which made him sound really insane. The gang discovered a second victim, along with a bloody rope, a driver’s license, and it while they were exploring the woods. The ME located a prayer bean that was poisonous and caused blindness in those who ate it. Both individuals were subjected to the same form of torture. Arthur’s daughter hasn’t seen dad in years, but she and her mother were also victims of violence at his hands. Phineas’s ex-wife left him because he had too many incidents in which he drove while intoxicated. During the course of her discussion with Arthur’s daughter, Faith starts to perspire. Angie witnesses Faith conducting a self-examination in the bathroom. The team investigates the surrounding forest for any other hints. Michael was taken to an underground torture room after falling down a hole, which was equipped with crates, straps, and smoking.

According to the priest of a local church, they sold kneelers very identical to those at an estate auction. Will and Faith find posters in the church advertising a new organization of men with a verse from Timothy. The flyers are discovered by Will and Faith. Michael becomes frustrated because he is unable to track down new proof, and he walks away in a huff. Will was reminded of previous experiences by this situation. Will manages to talk Faith into letting him aid her after she passes out for the second time. They notice a taser cartridge made of plastic lying about in the area. Michael becomes aware of the green truck, and as a result, he is taken captive and tortured. The Colfields are questioned by the others about their role in torturing the victims. The group finds out that Michael has gone AWOL and sees Tom walking about the barn with him. Will and Angie are successful in persuading Tom to put down the pistol and save Michael. Will acknowledges to Faith that different people have various coping mechanisms for traumatic experiences. He discusses the bullying he endured as a result of his dyslexia and also how he eventually learnt to cope with it. Will expresses his regret that he didn’t find out about Angie and Michael sooner and begs her to stay put the next time it happens.