Next on: The Winchesters Episode 9: Vampires Coming and John sees a terrifying future 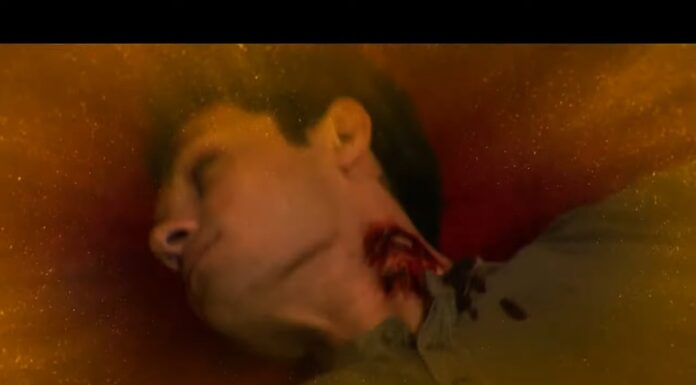 It’s seldom easy to discern the outcome of a return to the past, but in the case of The Winchesters, it’s both good and awful. In the eighth episode of The Winchesters’ first season, Mary, John, and Millie continue to keep an eye on Samuel Campbell (Tom Welling) after his unexpected reappearance in the previous episode, but their attitudes toward him begin to shift. On the other hand, when Carlos and Lata look into the death of a musician, an old acquaintance of Carlos causes difficulties, but other old friends return to them in unexpected ways. Now that Samuel is back, long-buried emotions can surface, and it doesn’t help that he’s still healing. After a long-awaited return to the airwaves tonight, it is only natural to be interested in learning more about The Winchesters episode 9! The anticipation of what will happen next has piqued the interest of spectators. You may get a synopsis, and promo for The Winchesters Season 1 episode 9  at www.tvacute.com, which will help you understand the show better.

There are only thirteen episodes in the season, each story will carry more significance. Let’s hope for lots of exciting scenes, and we’re sure there will be some unexpected turns as well. “Cast Your Fate to the Wind,” is titled the upcoming episode. In this episode, vampires begin to appear in Lawrence, Carlos (JoJo Fleites) gathers the gang together to investigate the cause of the phenomenon. While this is going on, Mary (Meg Donnelly), who is concerned about John (Drake Rodger), is having a hard time striking an appropriate balance between her feelings and the way she is behaving toward him. Do writers have any surprises in store for us even if we know how the story of Mary and John ends?

The Winchesters Episode 1.09 Synopsis: CONTROL YOUR DESTINY – When Vampires make their way into Lawrence, Carlos (JoJo Fleites) corrals the gang to find out why. Latika’s (Nida Khurshid) weeks of sorting through the Men of Letters clubhouse provides vital information when John (Drake Rodger) gets a scary glimpse into the future and enlists Millie’s (Bianca Kajlich) help with his plan. Meanwhile, Mary (Meg Donnelly) struggles with the tedious balance between feelings and action when it comes to John. Kristin Windell directed the episode written by Rachel Lynett

The Winchesters Season 1 episode 9 will release on Tuesday, January 31, 2023, at 9 p.m. ET/PT. on The CW. You will be able to view every episode on The CW App the day after it airs. The wonderful thing about the show is that all episodes will continue to be available on the app until the conclusion of the current season, as well as on the streaming site it will move to after that.

Samuel’s return and the advent of Loki (Richard Speight Jr.), who hunts down Carlos, present challenges for the Monster Club. After capturing Loki in his own mirror, Samuel departs with Ada to look for magic that might be able to halt the Akrida, and Meanwhile, Mary makes the conscious decision to be with John. However, John finds a picture of the person who handed him Henry’s letter among Samuel’s photographs, and it turns out that the individual in the photograph is Dean Winchester.