Who is Tom Hopper? Everything regarding the British actor who stars in the Netflix film Love in the Villa 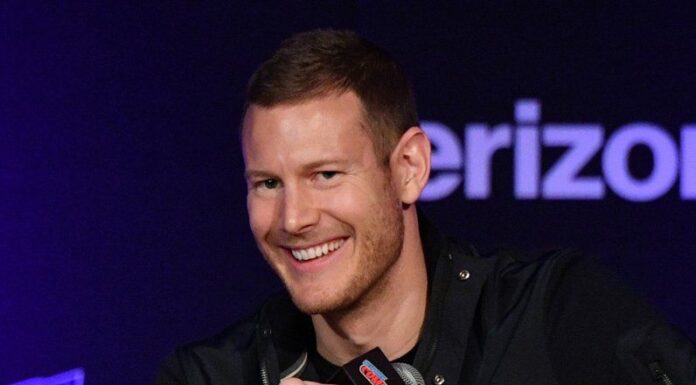 The romantic comedy Love in the Villa, which debuted on Netflix on September 1, 2022, currently stars Tom Hopper. The film’s plot is structured similarly to Romeo and Juliet and takes place in Verona, the city where Shakespeare’s play is set.

According to the Love in the Villa summary on Netflix:

The discovery that her rental villa is already inhabited by an obnoxiously handsome stranger twists Julie’s fantasy trip to Verona, Italy, into a love triangle. A British businessman named Charlie, played by Hopper, is compelled to live in a rental villa with Julie Hutton (played by TVD’s Kat Graham). An argument that starts out as a quarrel turns into a Shakespearean romance. (tvacute.com) Continue reading to learn more about Tom Hopper.

Who is Tom Hopper?

Tom Hopper (Thomas Edward Hopper) a well-known British actor, is best known for his roles in hit television programs including Bones, Game of Thrones and The Umbrella Academy. According to Leicestershire Live, Hopper became interested in acting in high school and later participated in a theatre class.

Tom Hopper was born in Coalville, Leicestershire, on January 28, 1985. He went to Newbridge High School and Ashby School, which is where he became interested in acting for the first time. He took a class in drama and was in a performance of the musical Return to the Forbidden Planet. He went to Rose Bruford College to learn how to act.

Hopper has made appearances in a number of movies and television shows, including Saxon, Casualty, Kingdom, and Doctors. In an episode of the British television program Doctor Who in 2010, he made his debut. Later, he appeared for two seasons as Sir Percival in the BBC television series Merlin. Hopper played Abjorn in the epic drama Northmen: A Viking Saga after taking on a number of other roles. Later, in the Starz series Black Sails, he played Billy Bones. Robert Louis Stevenson’s Treasure Island is preceded by the pirate drama Black Sails. Hopper also had an appearance in the suspense film Killer Ratio and then Barbarians Rising.

In 2014, Hopper wed the actress Laura Higgins.  They have a daughter and a boy. In the seventh season of the acclaimed HBO series Game of Thrones, he replaced actor Freddie Stroma as Dickon Tarly. Sam Tarly, the heir of Horn Hill, had favored son Dickon Tarly, who was Sam’s younger brother. Hopper had a cameo in the American comedy “I Feel Pretty” with Amy Schumer in 2018 and then returned to The Umbrella Academy to reprise his role as Luther Hargreeves. Hopper made a 2020 appearance in the British movie SAS: Red Notice and a 2021 appearance in Hitman’s Wife’s Bodyguard. The upcoming Netflix movie Love in the Villa will feature Hopper as the lead.

Netflix Tudum provided a detailed overview of the movie Love in the Villa and stated:

“Julie Hutton’s lifelong dream vacation is to visit Verona, the “City of Love” where Romeo and Juliet became star-crossed lovers. And Julie’s dream trip might just end in marriage with her boyfriend, Brandon (Raymond Ablack). ” “Before embarking on their journey, though, Julie is blindsided when Brandon dumps her. But, ever the hopeless romantic, she decides to fly solo to Verona and just see what happens.” Due to a booking mix-up, Julie and Charlie end up in the same rental villa and are forced to share it due to a lack of available rooms. Although the unexpected roommates clash like the Montagues and Capulets at first, Julie makes the most of the situation and sees that she just might get her Shakespeare love story after all.