Who is Cortana’s voice actor in the Halo TV show? 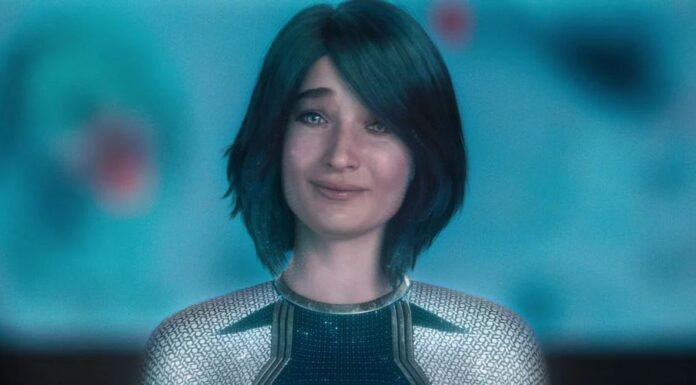 Halo game enthusiasts may know the actress who portrays Cortana in the Halo TV program by her voice (and possibly her face)! Here’s everything you need to know about it. The live-action “Halo” TV series, was released on Paramount+ on March 24. the Halo TV cast members are new to the franchise, Master Chief himself, and Pablo Schreiber. The third episode of the ‘Halo television series, titled ‘Emergence,’ introduces Cortana. Dr. Catherine Elizabeth Halsey created her as an artificial intelligence system. Although Cortana is largely a computer program, activating her necessitates the creation of a human genetic clone, which Halsey accomplishes by flash cloning herself. Halsey uses the clone to awaken Cortana after receiving permission from her superiors. Cortana, Master Chief’s artificial intelligence assistant, also appears in the plot, making her one of the most beloved characters in the “Halo” world. it’s no surprise that Cortana’s appearance, origin, and tale in the Halo series have gotten a lot of attention.

Cortana is voiced by the same actress that portrays her in video games. The actress who portrays Cortana in the Halo TV show should be familiar to video game fans. Cortana is without a doubt one of the most well-known video game characters in current gaming, particularly for the Xbox. While almost all of the Halo TV cast members are new to the franchise, including Master Chief himself, Pablo Schreiber, Cortana is played by Jen Taylor, who also voiced her in the video games. She’s been the voice of Cortana for 21 years, starting with Halo: Combat Evolved in 2001 and continuing through Halo Infinite in 2021 and the Halo TV series in 2022, with a cameo appearance in the earlier live-action version Halo: Forward Unto Dawn. Jen Taylor has done voice work in a variety of Star Wars, Left 4 Dead, Super Mario, and Destiny games, among others, in addition to Halo.

One of the numerous things that have sparked controversy ahead of Cortana’s official debut in the Halo TV show is her coloration, which is far less blue than in most of the Halo games (she also lacks a tint of purple, which was her original color). Cortana also has a more human-like appearance than an AI hologram, with less of her code showing on the screen. One reason for this is that, unlike in video games, the Halo TV show tries to capture as much of the actress’ likeness as possible, which was made possible by the fact that Cortana was brought to life on set using motion-capture technology.