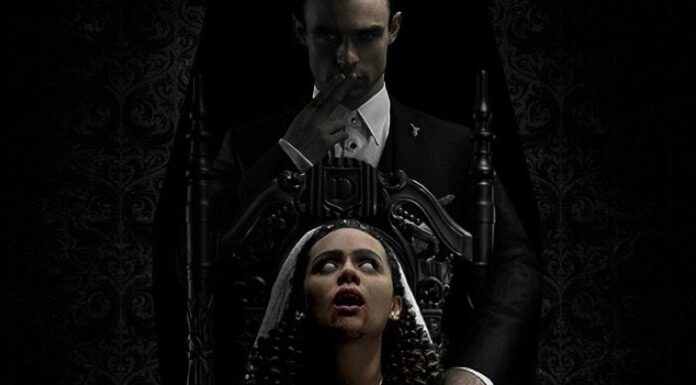 The Invitation (first called “The Bride,”) is an upcoming supernatural horror movie from the United States. It was written and directed by Jessica M. Thompson, with help from Blair Butler. Emile Gladstone is in charge of making the movie. Nathalie Emmanuel and Thomas Doherty are in the movie. The movie is based on Bram Stoker’s book Dracula. It’s about a young woman who meets her family for the first time after her mother dies, only to find out that they have dark secrets. The film’s overall tone, which is described as very dark, is reflective of its foreboding narrative and contributes to the film’s high quality. In addition, the opulent estate and the numerous other fascinating locales that make an appearance in the horror movie are certain to pique your curiosity. Now, if you want to know everything there is to know about them, you have come to the right place at tvacute.com Let’s get right into all the precise locations where The Invitation 2022 was filmed!

The project, which was first called “The Bride,” was being made by Sam Raimi and Robert Tapert’s Ghost House Pictures, and Butler wrote the script. But Raimi and Tapert left the project because their schedules didn’t work out. By 2020, the title of the movie was announced, and Thompson, Butler, and The Curse of La Llorona producer Emile Gladstone worked together to write and direct the movie. From May to October 2021, there was a casting call. Then Budapest, Hungary was selected as the location for the September 2021 filming.

Nádasdy Mansion is located in Nádasladány, Hungary. The outside of the castle is where Evie played by Nathalie Emmanuel and Walter played by Thomas Doherty first meet.

In the 13th century, the fortress was constructed. In 1535, the Nádasdy family acquired ownership. Beginning in 1966, the Castle was rebuilt. On 24 hectares of land in Nádasdladány, Hungary, stands the neo-gothic Nádasdy Mansion, a manor house designed by István Linzbauer and Alajos Hauszmann. It was a property of the Nádasdy family between the years 1873 and 1876. These days, it serves as a museum where visitors can learn about the family’s history. In the movie series, it served as the exterior of the vampires’ mansion.

Párisi Udvar Hotel Budapest, Hungary. While Evie is in the restaurant, she runs into Oliver played by Hugh Skinner. The award-winning Párisi Udvar Hotel Budapest, near the Danube. You can walk to the city’s greatest attractions and secret spots. 110 rooms and suites furnished in Art Nouveau with Neo-Gothic and Moorish features. Café, brasserie, and champagne bar offer multicultural fare. This hotel’s gourmet bistro (Check photos below) and French champagne bar capture Budapest’s vibrant vitality. A spa and a high-tech fitness center let guests relax and unwind. Our highly educated therapists offer customized treatments and beauty services to restore body and spirit.

Sony Pictures Releasing plans to put out The Invitation in the United States on August 26, 2022.