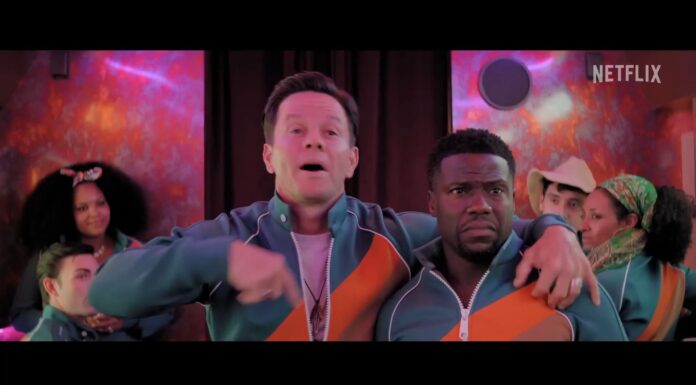 Hollywood heavyweights Kevin Hart and Mark Wahlberg star in Me Time, a John Hamburg directed. The narrative centers on Sonny played by Kevin Hart, a father who hasn’t had any time to himself in a long time. Sonny receives a free weekend, but then his wife leaves with the kids. Sonny decides to get in touch with an old acquaintance while his wife and kids are gone, and the two then set out on a wild journey they will never forget.  Me Time is one of those tales about middle-aged men coming of age. Hamburg is recognized for his funny writing. Regina Hall also appears as the annoying significant other, but she is kept in the background. The fact that one must endure every terrible scene in this movie until the credits start to roll is quite astonishing given how unfunny it is. let’s find out (tvacute.com) here what happened in this movie.

Sonny Fisher ( Kevin Hart) and Huck Dembo (Mark Wahlberg) are seen in the film’s opening scene celebrating the latter’s 29th birthday in Moab, Utah. As would be predicted, Sonny has a bizarre event that establishes the foundation for their friendship. 15 years later, Sonny is now the PTA President, a househusband who also cooks and cleans. His wife Maya (Regina Hall), an architect, supports the family financially. Huck is celebrating his 44th birthday with another party and continues to spend out with young folks. Sonny is a family man now, so he doesn’t want to depart. However, due to the fact that he is only involved with his family, everyone around him can tell that he needs a break.

Maya decides to send the kids on a trip while she stays home with him and gives him advice on how to live life to the fullest. He visits the strip club, the golf course, and restaurants with friends but is still unsatisfied. When Sonny eventually connects with Huck, he chooses to attend the birthday party. But Huck hasn’t been telling the truth. He is in need of money and is being pursued by hazardous individuals. He brought it on himself by being so careless with his partying ways and wasteful squandering of money. Sonny discovers at this point that partying isn’t all it’s made up to be. Sonny starts to consider who he might be since he is unsure of his identity outside of his family. He sets out on discovery. His journey of discovery should be entertaining. but both are the same routine

There are a few humorous moments. There is no content. there are only feelings, and if the movie were entertaining, it wouldn’t be such a burden. The themes of the movie, which include not judging a book by its cover and looking for contentment in the familiar surroundings of one’s own home, become lost in the middle of dating jokes and jokes about farting. With Hamburg’s storyline and the main cast’s poor performances, Me Time will quickly be forgotten.