Where was the [Prime Video] Your Christmas or Mine shot? 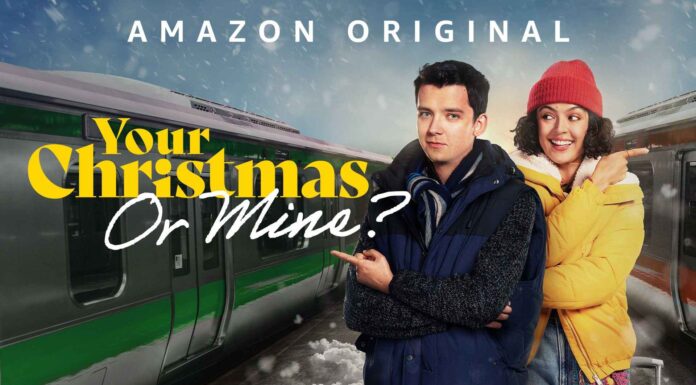 ‘Your Christmas or Mine?‘ directed by Jim O’Hanlon, shows the genuine atmosphere of adolescent love over the holiday season. The story of James (Asa Butterfield) and Hayley (Cora Kirk), two young lovers who bid each other farewell before departing to spend the festive season with their family members in their hometowns, is told in the British romantic comedy movie. In a hilariously humorous turn of events, James and Hayley decide to visit each other’s families for Christmas as a surprise for each other. The holiday romance’s lovely themes of Christmastime and family keep viewers engaged throughout. The beautiful and colorful festive atmosphere against some unique settings will make you wonder where “Your Christmas or Mine” was shot. Here www.tvacute.com share with you everything we know about Filming locations for Your Christmas or Mine Movie. Let’s find out the details.

Filming locations for Your Christmas or Mine

Comedy actor Comedian Parry’s first screenplay, which was produced by Kate Heggie of Shiny Buttons Productions, was filmed in August 2021 at Pinewood Studios. The film was primarily shot in Buckinghamshire and London and is set in the north of England. In the picturesque Buckinghamshire village of Iver Heath, where Pinewood Studios is located, nearly all of the interior sequences were recorded. The production complex, which is located on Pinewood Road and is about 29 kilometers west of central London, has been used to film a number of other productions besides “Your Christmas or Mine.”

Filming locations for Your Christmas or Mine included High Wycombe, Marylebone, Dorney Court, and North Weald in Epping. The Amazon Christmas video has a lot of snow and wintry scenery that was added specifically for the filming. It was actually filmed in the summer.

The actors and crew of the holiday film traveled to Buckinghamshire in southeast England to do the filming. The market town of High Wycombe, commonly known as Wycombe, which is the main town in the ceremonial county, is where a few scenes were probably filmed.

Dorney Court, located on the boundary of Berkshire and Buckinghamshire, is what we believe to be James Hughes’ majestic home in Your Christmas or Mine. Although they are both located in areas of outstanding natural beauty, Dorney Court and the actual Kemble are about an hour and a half apart. While Kemble is located in the Cotswolds, the filming location is in the Chiltern Hills.