Where to Stream “Industry” Season 2: How to Watch the Financial Drama 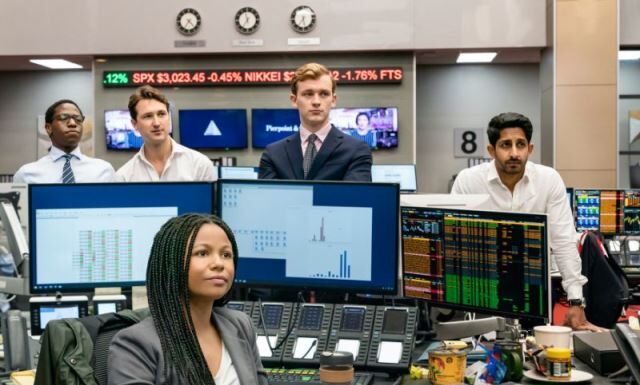 Four recent graduates from Industry presented to us the financial world via their views. Following the 2008 financial crash, fresh graduates in banking and trading compete for a small number of permanent positions at prominent London investment bank Pierpoint & Co. Industry chronicles their journeys as they strive to make their mark in the financial world. The British-American television series Industry was developed by Mickey Down and Konrad Kay. The show’s first season debuted on HBO on November 9, 2020. The following month, a second season was ordered. The second season’s filming was finished in December 2021. Here is how, where, and when you can watch Industry Season 2, which is almost approaching.

The elegant series about aspiring young bankers in the London office of Pierpoint & Co., which is shaken up in a post-COVID world by new leadership from across the pond in the good old USA, raises the stakes even higher in the second season. Harper (Myha’la Herrold), Yasmin (Marisa Abela), Robert (Harry Lawtey), and Gus (David Jonsson), who are no longer on probation, can’t afford to take it easy because new managers and hires are always nipping at their fashionable heels.

When will the second season of Industry debut?

Industry is back in an instant. On Monday, August 1, “Daddy” will debut on HBO and HBO Max.

When does Industry Season 2 premiere, and is it available to stream online?

No, Industry Season 2 will only be available for streaming on HBO Max, therefore you’ll need a Max account to watch the show. Lacking HBO Max? You are welcome to sign up for either of their plans. The monthly fees for the plans are either $9.99 (including advertisements) or $14.99. (without ads). If you want to watch the show on television, you may see the first episode on HBO on the debut night at 9 p.m. ET.

The succeeding episodes of Industry Season 2 will be released every Monday following the Monday debut. The Season 2 finale is anticipated to air on Monday, September 19, 2022, because the second season will feature eight episodes, much like the first.

Is There a Season 2 Trailer for Industry?

On July 21, 2022, HBO unveiled the official video for Industry Season 2. More than ever, our finance experts are under pressure. The only way our grads can defend themselves from Pierpoint’s plans to either merge their London branch into New York or vice versa is by showcasing their value to the company through their biggest accounts.

The episode names and air dates for Season 2 of Industry are shown below.

Who will get a stable position at Pierpoint, including Gus, Robert, Yasmin, and Harper, was the central theme of Industry’s season one finale. They all had solid justifications for remaining and much stronger justifications for getting fired. Robert had not yet managed a company on his own, but he quickly established himself as a client favourite. Gus continually fought against the terrible culture at Pierpoint, and he purposely botched his last interview, which made him temporarily untouchable and made him a target. Yasmin blackmailed her boss by making sexual advances. Harper is Harper, after all. She was the only Pierpoint graduate who succeeded in generating income on her own, but she also attempted to use extortion to force a supervisor to confess to a sexual assault and ended up making more enemies than friends.

Then came Eric, the center of it all. Harper came out and acknowledged that Eric was verbally aggressive and that he once closed her in his office as a result of pressure from boss Daria (Freya Mavor). With this claim, Daria and Yasmin hoped to fire Eric and begin to transform Pierpoint’s disturbing culture. But Harper’s attitude changed when she discovered that Daria only regarded her as a victim. At the conclusion of Season 1 of Industry, Harper, Yasmin, and Robert all had full-time jobs. Gus cut the mic and walked away. While Daria was ultimately fired for maintaining an unpleasant work environment, Eric was capable of remaining owing to a boost from Harper. Just be aware that Harper will always put power before morals when the choice is necessary.