Where is Dance Monsters Finalist Taryn, aka Marsha? Now! 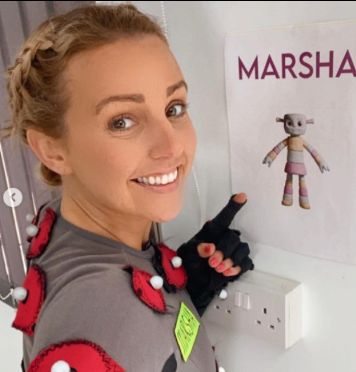 Netflix’s  Dance Monster eliminates 14 CGI creatures throughout its five rounds. Every goodbye is heartbreaking since these monsters are designed to be cute. Each has an advantage in this competition. The judges—musician Ne-Yo, dancer Ashley Banjo, and online celebrity Lele Pons—introduce the monsters’ humans every time they send someone home. The dancers recounted their stories and tribulations throughout the competition, and before departing, they could be themselves. After being eliminated, contestants disclose more about themselves. They reflect on Dance Monsters and how their beast alter-egos altered their dance and life. One Ultimate Dance Monster can win $250,000 and the title. Chris, called Grummy, ended up being declared the victor in the finale. However, Taryn Shulak, playing Marsha, won many fans’ hearts with her performance So, with the cameras now off, let’s see where Taryn is right now.

Marsha is a huge marshmallow-humanoid monster with large, brown eyes that was given to Taryn. Marsha assisted the dancer in bringing out the greatest aspects of herself because Taryn related to her soft, compassionate, and caring attitude. It’s interesting to note that Taryn entered the show with the goal of demonstrating to viewers that anyone can attain their goals if they work hard enough. Her charm as Marsha quickly won over admirers, and she quickly won over the judges with her performances. She is a dance instructor by trade. People admired Marsha for portraying herself as someone who was compassionate and grounded while also possessing a fierce ambition to win the competition.

Marsha has the ability to fly in episode 7, and she uses the superpower to dance to “You Can’t Stop The Girl” by Bebe Rexha. The moving dance moves judge Lele Pons to tears as it depicts an underdog succeeding. “Watching Lele cry gave me a brief moment of comfort that everything was going to work out for me. The genuine dancer who performed as the marshmallow monster tells Tudum, “All of the self-doubt I had been feeling was wiped away and I finally felt like I was going to be able to make an impact in the competition. “As Marsha, I wanted to encourage everyone I could to keep fighting when things got rough, including my daughter, my students, and everyone else I could reach. I knew I was going to be able to achieve that aim and establish my right to appear in the finale when I saw Lele cry.

Where is Dance Monsters Finalist Taryn, aka Marsha? Now!

Even though Taryn was disqualified from the dance-off, she spoke of her homecoming and how her family, especially her daughter, had been looking forward to seeing her perform as Marsha. She even said she was fortunate to perform for them and that her friends and family were her biggest supporters. And it turned out she was right. Episode 8 features a special solo performance from each of the four finalists that expresses a particular dance goal. Marsha dedicates her dancing to realizing her and her dance pupils’ dream of having their own television program. This final dance is to The Pointer Sisters’ “I’m So Excited,” but it does not guarantee Marsha a spot in the dance-off. After being eliminated, she changes back into Taryn, who she really is.

Everything Taryn did on the show, as she has stated, was done for her daughter and dancing students, and even though she didn’t win, she received praise from her family. “My daughter, my dancers, and I are all very eager to watch me compete as Marsha! They’ve enjoyed the show and have been my staunchest defenders through each episode, says Taryn.

After the first season of “Dance Monsters” was through filming, Taryn went back to Florida, where she reestablished her regular schedule. Fans will be pleased to know that Taryn, a reality star, is happily married to Jeff Shulak and that the two have created a great life for their daughter, Blakey, even though she continues to manage a well-known dance school in the city and has several professional dancers studying under her. To put it mildly, Taryn’s journey has been very inspirational, and we wish her the very best in the years to come.