When Will Pearl Movie (2022) Be On Blu-ray and VOD? Or Online Streaming 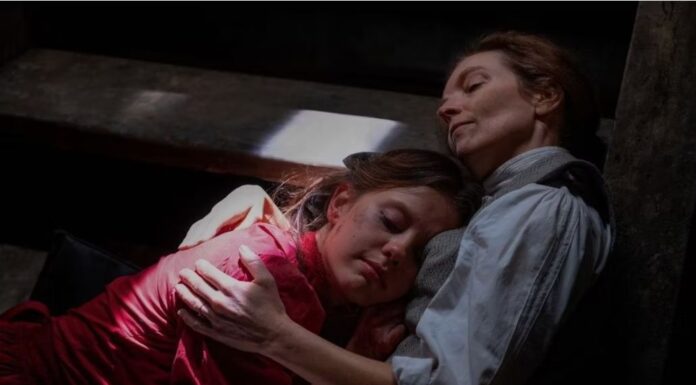 With his slasher movie X released in March 2022, Ti West had a huge impact on the horror film business. The A24 slasher thriller Pearl is one of the most fascinating genre films. This X-origin narrative already has a lot of intriguing and enigmatic parts, but the latest movie stills have given Pearl’s brutal rise to fame even more fuel. The critically acclaimed film X follows a group of young adults as they start working on a pornographic movie. When they locate a farmhouse that meets their needs, they approach the elderly owner, Howard (Stephen Ure), and request to rent his guest home. Something terrible begins to unfold in this remote corner of Texas as soon as the camera begins to roll.

They see Pearl, Howard’s wife, acting strangely and erratically. Howard reveals that Pearl has dementia and battles sundowning syndrome as a result. After the credits, a trailer for West’s upcoming film, Pearl, which is intended to be a prequel to X, was shown. We had no idea at the time that Pearl and X had been covertly shot concurrently to shorten the time between their releases. If you’re a big fan of Mia Goth or are just curious about the film, (tvacute.com) we will answer all of your questions about watching Pearl 2022, including when it will be released, and whether it will be shown in theatres. When will Pearl 2022 be available on Blu-ray and VOD?

Is There a Post-Credit Scene in “Pearl” Movie?

Ti West’s X Movie: Ending Explained: Who is the Killer in X Movie?

When Will Pearl Movie (2022) Be On Blu-ray and VOD? Or Online Streaming

The movie Pearl debuted only in theatres on Friday, September 16, 2022. We can only infer that Pearl will be accessible for purchase on streaming services at some point in October based on the time range from X’s release dates. On November 8, 2022, Blu-ray and DVD copies of Pearl will be sold. There is currently no information on the streaming service or the release date of the movie.

The prequel movie Pearl finally reveals how X’s adversary develops. Mia Goth plays the same character once more, except this time she’s a young Pearl in the late 1910s. Pearl is a responsible daughter who takes care of her disabled father and follows her devout mother’s rules. Her heart, however, longs for more, and she nurtures resentment at the family who prevent her from achieving success. Pearl’s self-worth declined as she grew older, and she developed resentment and violent tendencies against the youthful visitors staying on her land. In this film, Mia Goth truly plays both the youthful, attractive Max and the wrinkled, elderly Pearl. The new film will also include the farmhouse where the X Massacre occurred, which was converted into a boarding house during the war. Nothing will stop Pearl from leaving her small town and becoming a well-known movie actress who is adored by everyone.

Naturally, Mia Goth will come back to reprise her role as Pearl in her childhood. Her husband from the original movie, Howard, will be played by a younger David Corenswet. The cast list also includes Tandi Wright as Ruth, Matthew Sunderland as Pearl’s father, and Emma Jenkins-Purro as Howard’s sister Mitzy all of whom have unidentified parts. It appears from the clip that Sunderland and Wright will play the oppressive mother and Pearl’s wheelchair-bound father, respectively. It appears that Emma Jenkins-Purro will play a role in which Pearl will view her as a rival.

Ti West wrote, produced, and directed Pearl, much as he did with X. Jacob Jaffke, Kevin Turen, and Harrison Kreiss, who were all producers for X as well, are his co-producers. Pearl is being produced and distributed by A24 in collaboration with Little Lamb productions.

Does Pearl Movie Have a Trailer?

Yes, in addition to the post-credit teaser that debuted with the screening of X, West has now unveiled a complete trailer for his future movie. We witness Pearl pleading to become “the biggest star” in order to escape her present situation. She has a number of challenges in pursuing that objective.

Where Can I Watch X Movie?

Only streaming services are presently offering X for rent or buy. In movie X, Pearl is the nefarious force that an adult film cast and crew encounter while making a pornographic movie in Texas. Along with Jackson and Bobby-Lynne (Brittany Snow), Goth Maxine Minx is a burgeoning porn actress (Scott Mescudi). The Farmer’s Daughters, the title of their movie, is produced by Maxine’s boyfriend Wayne (Martin Henderson), and it is directed by RJ (Owen Campbell). It was totally filmed in an elderly couple’s guest farmhouse, Pearl (Goth) and Howard (Stephen Ure). No one believes that Pearl is stalking them while drama and romance simmer behind the scenes of filming. It goes without saying that this villain, sixty years after Pearl, is just as sick and vicious as the youthful Pearl with her grandiose goals.