What You Stand to Lose if You Don’t Read “All the Light We Cannot See,” and Why You Should 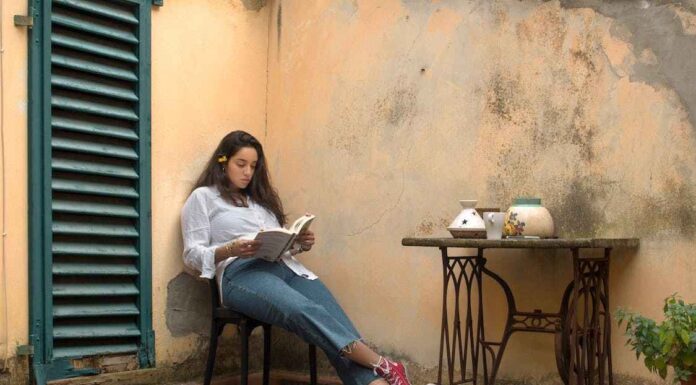 Here is a synopsis of all the light we cannot see. In the French town of Saint-Malo is a character called Marie-Laure. She is under the care of a housekeeper and her great-uncle. She uses the lessons that her absent father taught her. The precious gift that she has is a secret that makes her a target. Then, there is a German orphan called Werner who is not only intelligent but also talented. He is destined to toil in the mines where his dad died. Here, he makes a discovery that offers him a future in the army. In the end, these two characters intersect unexpectedly. “All the Light We Cannot See” is an interesting read that will help you learn a lot of valuable lessons that you can use in life. In this article, we are going to discuss some of the things that you stand to lose if you fail to read this amazing book.

This is one of the best books to read if you want to understand the tragedies of war. As you are going to see when you read all the light we cannot see summary, promising characters are transformed in different ways by the wars in their environment. Werner is an intelligent and inquisitive character who wants to become a scientist. Due to the war, he is forced to choose between dedicating his life to the Nazi army or toiling in the mines. A sense of duty brings Frederick to the Nazi school despite his nature of compassion. He doesn’t participate in killing helpless people. Later he is punished so severely that he almost loses his mind. Jutta, Marie-Laure, and Etienne lose their loved ones due to violence. And their lives are never the same again. Apart from narrating the horror stories of the characters, the author offers a glimpse of the horrors of World War II. Thousands of people are killed mistakenly, prisoners are mistreated and some of them are murdered and women are raped. The author doesn’t mention the World War directly. And this creates an amazing backdrop for the story and summary.

Another important aspect that you’ll discover when reading student paper examples that is closely linked to the one that we’ve just discussed is the power that individuals have when it comes to choosing their destinies. And the degree that our future is determined by our environment. War can make it difficult for individuals to make certain life choices. On the other hand, individuals have the power to choose their paths despite what is happening in their environment. There is a section where Marie-Laure denies having her free will. Werner responds to this differently saying that she has been fighting for resistance.

While Marie-Laurie is blind, the rest of her senses are more amplified than those of the average human being. Werner, on the other hand, is focused on sound. Both of them are not spending time in light both physically and in the war for Werner. Violence is traumatizing and Werner is not sure of ever seeing light again. The author describes everything in detail. And this makes it easier for you to experience all the happenings of all the lights we cannot see summary. The author makes the events so real even if they happened a long time ago. The darkness of World War II has lots of negative impacts.

4.     Nonlinear Plot of all the Light We Cannot See

Another great thing about this book is how the author narrates the story. If you read it from beginning to end, you’ll notice how non-chronological it is in some way. Two storylines happen simultaneously and end up connecting. It begins in mid-1944 when the American bombing and British naval gunfire come to fight the Germans who were left in Saint-Malo. Marie-Laurie is at home feeling afraid while Werner is held up in the Hotel of Bees when the war starts.

The author then jumps to 1934 where Marie-Laurie’s dad sends her on a tour of the museum where he is employed. That’s the point where we get to know more about a stone called Sea of Flames which is cursed. The keeper of the stone would be immortal. However, misfortunes would fall on their loved ones all the time. We then read about Werner who is raised in Zollverein near Germany. His sister grows up at an orphanage called Children’s House. In the first section, Marie-Laurie loses her sight and her father helps her walk comfortably outside by creating a miniature version of their neighborhood. Werner repairs a radio successfully and discovers his passion for circuity.

After the Nazi invasion, Marie-Laurie and her father are forced to leave Paris and go to a small town called Saint-Malo, and Werner is forced to join the Nazi army. The story shifts back to 1944 than 1940. While there are a lot of chapters in the book, they are short and move at a nice pace. However, you need to be patient when reading this amazing book because the chapters slowly build up to something huge.

5.     A Wide Range of Amazing Characters And Benefits of A Cyborg Manifesto

Marie-Laurie and Werner are the most featured and memorable characters in this book. While the author introduces other characters later, all the people that you are going to read about will help you learn something new and interesting. Other popular characters include Madame Manec and Uncle Etienne.

The stone popularly known as The Sea of Flames plays an important role throughout the novel. Don’t think that the presence of this stone makes this book a fantasy. It serves a deeper purpose that you will discover later once you start reading this book. You won’t regret spending your time and energy by reading all the light we cannot see analysis.

There are a lot of things that you stand to lose by failing to read All the Light We Cannot See and its summary. As you have seen, there are many interesting themes and characters that you’ll get to read about. The book has short chapters that make it easier to read for extended periods. Now is the best time to get started with this book to have an adventure.