What does the Purple Hearts movie title on Netflix mean? Explained 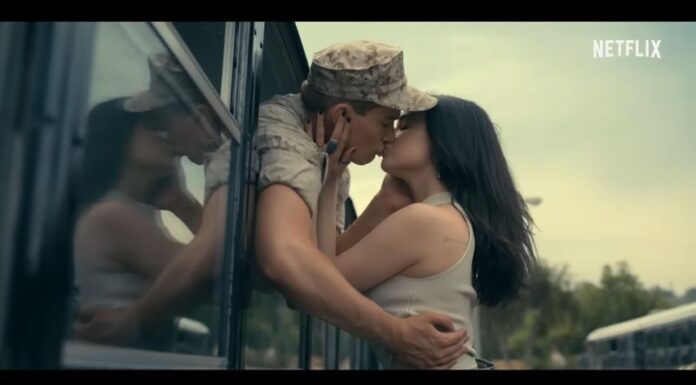 Netflix – The streaming service has provided viewers with a broad selection of movies to watch so far this year, giving them the chance to see movies. Purple Hearts is one of the most recent to hold viewers’ attention. Sofia Carson and Nicholas Galitzine are among the cast members of the romantic drama, which Elizabeth Allen Rosenbaum directed and which debuted on Netflix on Friday, July 29. It centers on the union of an aspiring singer and a Marine who is about to deploy. They embark on a marriage of convenience, which can help them both. As they get to know one another, true sparks start to fly, making things very real and eventually extremely complicated. Since watching it, some people could be perplexed by and interested in the movie’s title. you’re wondering how the title relates to the movie or what it actually signifies.

What does the “Purple Hearts” mean?

The movie Purple Hearts’ title actually has two distinct meanings. The Purple Heart is the oldest military award that is still given to U.S. service members who have suffered injuries or fatalities as a result of enemy action while serving in the US military, according to the USO. It distinguishes how much a service member has given up while performing their duties. The National Purple Heart Hall of Honor is in New Windsor, New York.  The title of the 2022 film, which is a romantic drama, makes a military allusion while also urging viewers to think of hearts romantically rather than literally. It basically is a play on words that connects many aspects of the movie.

What does the Purple Hearts movie title on Netflix mean?

“Purple Hearts” Movie is about two people with opposite ideals who get together. Cassie and Luke combine thoughts, feelings, and life. . Cassie comes from an immigrant family. She’s a liberal who doesn’t blindly accept authority. Her balcony has BLM and LGBTQ flags. She speaks out against misogyny and racism. She’s 100% blue. Luke leans conservative. His father was in the army, so he enlists to make him proud. Even though he marries Cassie out of desperation, he’s against divorce. Luke thinks love should be the only reason people get married, but Cassie is pessimistic. He’s not extremely conservative, but he’s more red than blue.

The title conveys much more than simply Cassie and Luke’s love thematically. Overall, it’s about putting differences aside and bringing people together. The scene in which Luke’s Purple Heart is exhibited next to the one that his father received for his wartime service also reflects this. They disagreed towards the beginning of the movie, particularly over Luke’s drug use and the pricey vehicle he stole. But in the end, they are able to work out their differences and come back together as a loving family.

Sofia Carson, the film’s major figure, spoke candidly with Collider about the Purple Hearts movie’s deeper meaning and what drew her to the project:

“The story’s message was what pulled me in the most. When I first read the title, Liz laughed and responded, “I hadn’t thought of it that way, but that’s precisely what our tale is,” when I questioned if Purple Hearts indicated it was the melding of a red and a blue heart. Right now, red and blue are so bitterly opposed in our country.

“This narrative is about choosing love, above all else, and choosing not to see color, and how a red heart and a blue heart can join together and choose love,” she concluded. That has the power to transform things in the most lovely way… It has simply been the most demanding and fulfilling role of my life thus far.