Walker Season 2 Episode 9 – Will Dan and Liam team up? 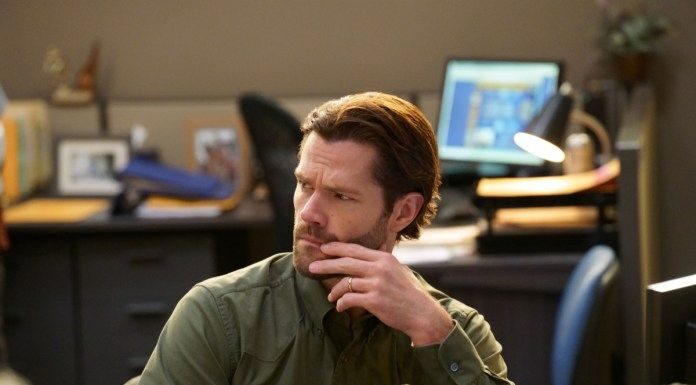 In the previous episode of Walker, Walker personally leads the Texas Rangers to find his assailant while Captain Larry James fights for his life. To understand more about episode 8, keep reading the recap section. The new episode has caught the imagination of fans after a great action-packed episode. Let’s go on to the ninth installment of the series. You can figure it out from the summary and trailer. www.tvacute.com also has Walker Season 2 Episode 9 spoilers to help you better comprehend the latest episode.

Tonight! There will be a new episode called “Sucker Punch.” In Walker Season 2, Episode 9, will Dan and Liam team up? My enemy’s enemy is my buddy, and so forth. Dan will seek an alliance with Liam in the upcoming episode. Dan even offers the possibility of forming an alliance. There’s a chance Liam will be able to put Serano in jail for good. While all of this is going on, we could get a chance to see August perform. Geri decides to host an open mic night at the Side Step, and August is invited to perform.

Walker Episode 209 Synopsis:  LIAM AND DAN SET UP AN UNEASY ALLIANCE –  When he hears that Serano (guest star Henderson Wade) is out on bail, Dan (guest star Dave Annable) panics and asks Liam (Keegan Allen) for help. Liam doesn’t trust Dan but Dan makes him a tempting offer that would put Serano behind bars for good. There is just a small catch – Liam can’t tell Walker (Jared Padalecki) what’s going on. Meanwhile, Geri (Odette Annable) decides to have an open mic night at the Side Step and encourages August (Kale Culley) to hit the stage.

New Walker season 2 episode 9 will release on Thursday, January 27, 2022, at 8 pm ET/PT on The CW. Every episode of WALKER (2021) will be available to stream on The CW App and CWTV.com the day after broadcast for free and without a subscription, log-in. Season 2 will also be available on Hulu+Live, Xfinity, Fubo Tv, Spectrum, and DirecTV. So don’t forget to watch the third episode and return for more exciting news.

Trey putting himself in harm’s way to protect Captain Larry James and retaliating against the shooter with James’ gun. The shooter, however, managed to flee, and James was taken to the hospital. Meanwhile, Cordell and his family arrived shortly after learning of the Captain’s death. When James awoke the next morning, he put Cordell in charge for the time being, and Cordell went out to find whoever was responsible. When he returned, he discovered that James’ ex-wife Kelly was also waiting for him. The shooter was still in the wind, but they were looking for him, he told James. On the other hand, we saw him pay a visit to Stan Morrison in prison, who had previously worked with them but was now imprisoned alongside Serano.

He didn’t get much from him, though. When James found out that Cordell had gone to see Stan, he became enraged, and another argument arose about James second-guessing Cordell’s authority. All of this made James tense, and his condition deteriorated as a result. Cordell, on the other hand, gave everyone hope that they could stay strong, but he himself was lonely. Geri, on the other hand, met him at the hospital while visiting James and reassured him that he could handle it. Later, at the HQ, Cordell informed everyone about Captain’s condition and requested that they focus their efforts on finding the shooter for James. Liam, on the other hand, called his friend at the District Attorney’s office and pulled some strings, eventually uncovering a possible match for the shooter who had previously been linked to James.

When Captain James Cordell learned of this, he raced to the hospital and had the force surround the facility, searching inside as well. However, the gunman, Cole, had already entered Captain’s room and was holding a gun to his head. Cordell, on the other hand, arrived and requested Cole to lower the gun. While James did not want anyone to die, he attempted to persuade Cole to reconsider. Despite this, a member of the police force shot Cole from outside after spotting him with a gun in his hands. Later, we see Cordell informing Captain James that he should not be in charge since he enjoys taking orders. In the end, we saw Liam pay a visit to Stan in exchange for the Cole information he supplied. Stan, on the other hand, provided him with yet more critical information by instructing him to locate some old files on his property that would verify that he was correct about the Davidsons.