Grown-ish season 4 Episode 10: Release Date & Preview of “It Was Good Until It Wasn’t” 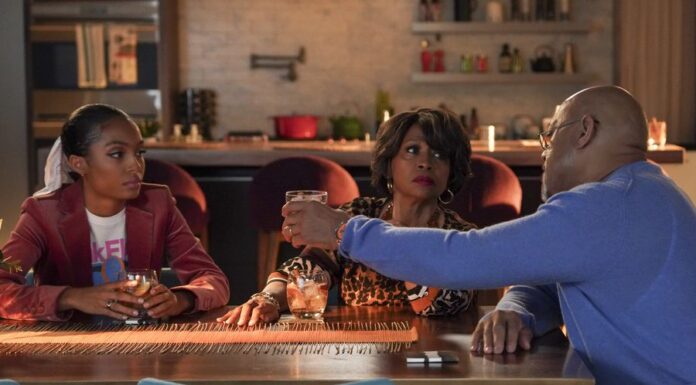 Grown-ish Season 4 Part 2 is officially back on Freeform after a five-month hiatus. While its parent show, black-ish, is in its final season. Grown-ish follows up the tale from the events of the previous episode “You Beat Me to the Punch,” which aired on September 2, 2021, with Zoey Johnson (Yara Shahidi) and her college buddies. Grown-ish began as a spin-off of the hit sitcom Black-ish, but it has now gained a loyal audience of its own. The show has also established a practice of dividing each season into two halves.

Want to see what’s in store for grown-ish season 4, episode 10 titled “It Was Good Until It Wasn’t”? This is going to be very interesting. To get to know the new episode 4 more closely, you can see its promo and synopsis with www.tvacute.com.

‘Grown-ish’ Season 4B10 Synopsis: The gang copes with the fallout of the explosive events that took place at the luau; Aaron deals with the accountability of his actions at the party; Zoey turns to Pops and Ruby for advice; Ana and Vivek keep a secret under wraps.

Grown-Ish Season 4 Episode 10 will release on Thursday, January 27 at 10 p.m. PT and 9 p.m. CT. on freeform. Grown-ish airs in Canada on ABC Spark, in select international territories, the series will be available on Disney+ as an original series under the dedicated streaming hub Star.

You may watch Grown-ish Season 4 Episode 10 on Freeform’s official website and Hulu until it airs. Growing-ish Season 4 and preceding seasons are also available via video-on-demand from Amazon Prime Video, iTunes, VUDU, Microsoft, and Google Play Movies And TV/YouTube TV.

Zoey is reconsidering how she and Aaron met in the first place. The ups and downs of their relationship, as well as how they eventually reconciled. Only to fall again a short time later. Zoey is also concerned about the internship she intends to pursue in the future. Meanwhile, Luca and Kiela are getting ready for tonight’s party. Kiela is asked by Luca not to hook up with his boy Doug. Jazz tells her friends about Dess’s problem, but the girls assume it has more to do with Doug. Aaron, on the other hand, seeks counsel from Charlie regarding Zoey’s internships. The nighttime celebration is in full swing, as Luca tries to make amends and reunite with Zoey.

When Luca learns about Zoey’s concerns regarding the internships, he has a unique proposal for her. Vivek, on the other hand, discovers that he is the most sexually active person in the group. He now intends to have both Ana and Nomi laid by the end of the night. He has his unique style, which he refers to as “Lay-dar.” As a result, he starts scouting boys for the girls. Aaron joins the party as well, but seeing Zoey with Luca doesn’t sit well with him. Aaron accepts that Zoey is following Luca’s internship suggestions and proposals.

However, Zoey has a feeling Luca will never be his favorite person. Meanwhile, Doug and Kiela are making out with each other behind the curtains, far away from Luca. Although Kiela seems unconcerned, Doug is concerned because he does not want to upset his best buddy. Later that evening, Luca and Aaron run into each other. Aaron, unable to control his emotions, punches Luca. Later, Zoey approached Aaron, but he walked away from the scene. Kiela afterward consoled her brother, advising him to stay away and conceal the fact that she had spent the night with Doug. Jazz also kissed Des at the end of the episode after straining to communicate with him. Aaron leaves a note for Zoey at the end of the episode. Ana and Vivek, on the other hand, end up sleeping together.