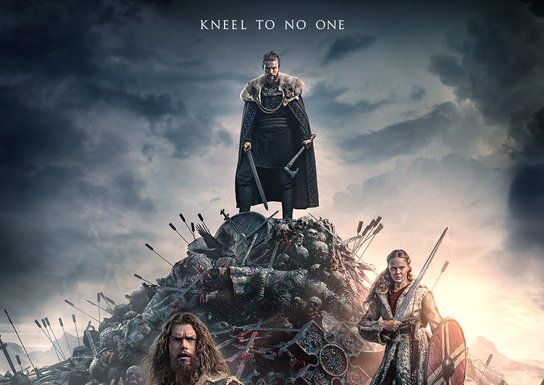 Fans of historical dramas will be pleased to learn that Netflix’s “Vikings: Valhalla” has released a brand new teaser and exclusive photos. While the original History series has come to an end, Netflix has stepped in to continue the universe with a sequel series that takes place 100 years after the original. As a result, it may serve as a whole new entry point for new viewers while simultaneously functioning as something that fans of the prior show will be excited to see. Here www.tvacute.com share with you everything we know about Vikings: Valhalla Season 1.

On February 25, 2022, Netflix released “Vikings: Valhalla Season 1.” It remains to be seen whether it succeeds critically or attracts enough attention to warrant multiple seasons.

There is a total of 8-episode. Vanessa Alexander, Declan Croghan, and Eoin McNamee are part of showrunner Jeb Stuart’s writing team.  Niels Arden Oplev will direct the first episode. Valhalla began filming in early October 2020 at Ashford Studios in Wicklow, Ireland, where the last Vikings was shot. The second season was completed in November 2021.   BAFTA-winning Danish director Niels Arden Oplev, Steve Saint Leger, who helmed numerous episodes of Vikings, and Hannah Quinn are among the directors.

The trailer establishes the fundamental issue at hand, with the English threatening the North, implying that war is imminent. Leif Eriksson, played by Sam Corlett, is at the center of it all, and the trailer shows that Netflix didn’t compromise on anything, offering significantly more than the last teaser. There’s a lot of action, the scope appears to be enormous, there’s plenty of violence to go around, and there’s even some nuance.

The official synopsis for the Vikings: Valhalla Season 1 reads,

Set over a thousand years ago in the early 11th century, VIKINGS: VALHALLA chronicles the heroic adventures of some of the most famous Vikings who ever lived — the legendary explorer Leif Eriksson (Sam Corlett), his fiery and headstrong sister Freydis Eriksdotter (Frida Gustavsson), and the ambitious Nordic prince Harald Sigurdsson (Leo Suter). As tensions between the Vikings and the English royals reach a bloody breaking point and as the Vikings themselves clash over their conflicting Christian and pagan beliefs, these three Vikings begin an epic journey that will take them across oceans and through battlefields, from Kattegat to England and beyond, as they fight for survival and glory.

Set sail behind the scenes of Vikings: Valhalla #GeekedWeek pic.twitter.com/gr3RCCsbjJ