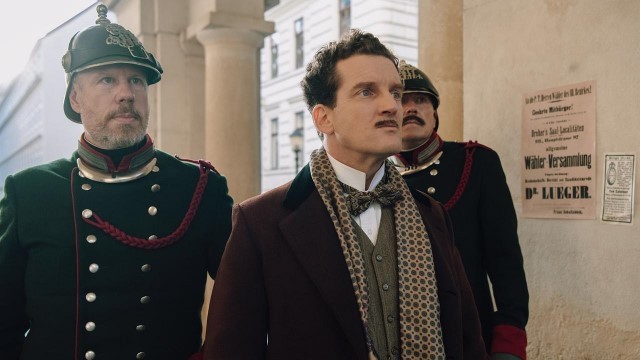 BBC Two’s period crime drama is based on Frank Tallis’ best-selling Liebermann novels and is adapted by Sherlock writer Steve Thompson. Following the popularity of the previous season, Vienna Blood returns with three brand new feature-length 90-minute episodes. Max and Oskar as they get back to the business of crime-solving, in the previous episode of Vienna Blood, When a widowed Hungarian countess drowns in her bath at a five-star hotel, it’s assumed she was suffering from melancholy, but a post-mortem reveals strychnine poisoning. Oskar teams up with Max to figure out why someone might want her dead. What will happen next in the new episode and when will come to the US?  www.tvacute.com has the synopsis and the release date for Vienna Blood Season 2 Episode 2 titled “The Devil’s Kiss”below. As a result, you’ll be able to mentally prepare yourself.

Vienna Blood Episode 202 Synopsis:  A beggar girl finds a mutilated corpse in Vienna’s slum quarter. The secret services warn Oskar that the investigation is not the concern of the Leopoldstadt police. However, when Oskar receives anonymous messages relating to the murder, he can’t resist delving further.

In the United Kingdom, Vienna Blood Season 2 Episode 2 will release on December 17, 2021, on BBC Two.