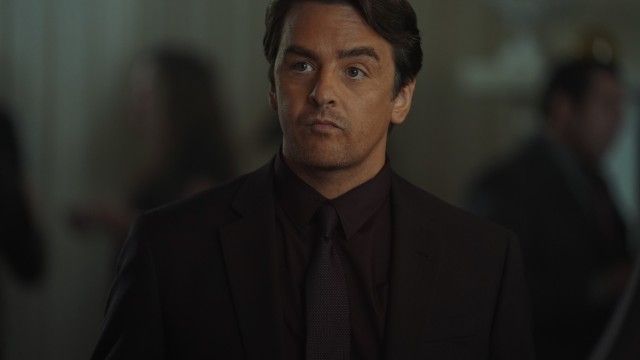 The eighth episode of the first season of Tulsa King provides more of what we have come to anticipate from the show. The first few chapters of Tulsa King have focused primarily on laying the groundwork rather than really presenting a story. Every episode brings us one step closer to our goal and two steps further away. Dwight (Sylvester Stallone ) has been released from prison and is attempting to start a new life away from the mob. Because of the unfortunate events that transpired during his trip to New York, he has decided that he would prefer to relocate permanently with his family rather than go back home. In the eighth episode, Jimmy is presented with Dwight and Bodhi’s casino business concept. Dwight, Mitch, and Tyson are putting their squad together as the amount of pressure builds. Stacy Beale (Andrea Savage) has a confrontation with Waltrip. If that is the situation, then tvacute.com have all you need to know about how the seventh episode of “Tulsa King.”

Mitch Keller (Garrett Hedlund) is teaching some new gang members how to shoot, including Clint. Mitch is baffled by what they’re doing. Dwight advises enlisting the aid of his friends. Deadeye Jane is there, and she’s not pleased to be rounded up in this mess. Grace wants Dwight to sincerely apologize for upending their lives; she wants him to say it. The next time, she wants him to be the thoughtful person he is and stop to think about what it does to their tiny lives. Stacy urges Waltrip to reveal the location of the body’s burial. Dwight, Mitch, and Bodhi Bodhi (Martin Starr) are discussing opening a casino with Jimmy, one of the mar*juana dealers. Although they would handle everything else, he would be the name on the paper. He has unlimited access to the buffet and receives a 20% cut. Jimmy says he knows a couple of infant boldface types when Dwight asks if he knows of any.

Dwight was excited when Jimmy delivered some of the apricot jelly. The mourners are talking of hitting Dwight at the funeral. Johnny claims that you cannot kill a successful guy, but Don Charles aka Chickie (Domenick Lombardozzi ) has other ideas. Already made a decision. Chickie attacks Johnny when he re-asks whether there is another option. The Black McAdams is being watched by Dwight and Tyson. Tyson is curious about what happened in Nyc and thereafter. He feels that Dwight treats him like a young child, so Dwight later clarifies what it takes to be an accessory. A few FBI agents are having a conversation with Stacy and her companion. Dwight is, of course, the subject. When they suggest that he might be dating Margaret Devereaux (Dana Delany), Stacy’s face is hidden by a glance. Waltrip, who undoubtedly isn’t paying taxes on all of his wealth, is the target of her desire to refocus the probe. Moss and Ben, two men, are meeting with Mitch and Dwight. They will murder mercilessly.

Dwight advises them to begin whenever they are ready. Tyson is departing from his parent’s home. The toughest part of having a child, according to his father, is watching him get wounded, and this isn’t a playground. Tina calls to express her opinion that it could be wise to switch up the surroundings. In order to make sure they are comfortable, Dwight says he might need to prick it temporarily. She concurs because it feels almost like they are meeting for the first time again. He is eager to get to know his grandkids. She says, “When the moment is right.” Waltrip is where Stacy is looking for him at the Black McAdam estate. At the stables, Dwight runs across Brian Gillen, the former Mr. Deveraux, who is riding Pilot. He advises using Pilot in therapy as a service animal. Brian queries whether Dwight is treating Peggy with respect. He asserts to be aware of Dwight’s scheme to defraud a woman of her resources. With his flashy shoes and other accessories, Brian labels Dwight a fuck*n’ relic.

Margaret is told by Dwight that she must have been insane to marry Brian. Stacy finds it hard to believe how much money flows through the Black McAdams. They want to destroy his financial records. Waltrip requests that Manfredi be placed in a detention cell so that he can be reached by Waltrip. Jimmy questions why he has to joined Dwight in this casino scam. In for a penny, in for a pound, Bodhi informs him about his activities up to that point. When Tyson is stopped, Dwight makes the decision to exit the car. He prevails in this round, and as everyone leaves in their cars, western music plays. Stacy is receiving counseling but won’t discuss her issues. She is coping with her issues by getting beat up. He inquires as to whether she is still seeing the man who makes her think of her dad. She says, “It’s done and over with.”

Chickie gives Dwight a call. Dwight claimed Pete attempted to murder him internally.. Chickie claims he desires to make things in order to lessen the animosity. They must put their differences behind them. Prior to announcing that he will be visiting the boys, Chickie even refers to him as Uncle Dwight. Dwight will undoubtedly infer meaning from context. Waltrip is irate that Dwight wasn’t arrested by the police. Sardine pasta was prepared by Armand, but his wife wasn’t impressed. Clara desires to relocate. She dislikes being in the dark about what will occur tomorrow. There comes a point, he tells her, when you have to speak up for yourself. She claims that they will either separate or leave. She wed an honorable man. She didn’t wed a criminal, and she won’t bring up her kids with one either. He scatters his entire plate throughout the space. They raided Waltrip this morning, Stacy says Dwight. She claims that Robbie Trucoat and Waltrip are in the wind. She declines his invitation to join him for a drink. She then claims to have learned that she had a girlfriend. He detects envy. Waltrip pulls up outside with his companion and starts firing. She is hit as Stacy and Dwight retaliate with gunfire. Although Dwight has blood on his hands, he tells the police his name rather than killing that cretin.