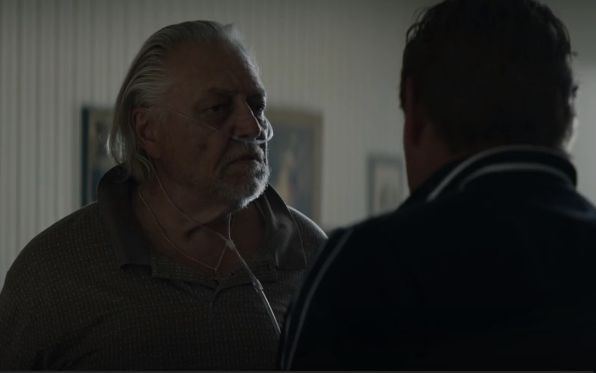 A mafia leader from New York City named Dwight (Sylvester Stallone ) “The General” Manfredi is exiled to Tulsa, Oklahoma, in the crime drama series “Tulsa King“ on Paramount. Dwight attempts to form a new criminal organization in the little town as the story develops. In episode 6, Roxy struggles to fend off the FBI while Dwight has an offer for Mitch and visits Tina on his way back to Tulsa. Pete Invernizzi also agrees to send Goodie to Oklahoma. In the seventh episode, “Warr Acres,” Dwight’s conflict with Caolan Waltrip escalates and involves unanticipated casualties. Don Charles aka Chickie (Domenick Lombardozzi ) leads the family’s future. If that is the situation, then tvacute.com have all you need to know about how the seventh episode of “Tulsa King.”

At the end of episode 6, Caolan Waltrip orders Carson Pike (Robert Walker Branchaud), Roxy’s lover, to open fire on Mitch’s bar; Pike is killed when Dwight and Mitch return fire. Then, Mitch decides to accept Dwight as a business partner. In the seventh episode, Dwight and a bar owner, and a Manfredi syndicate Mitch Keller (Garrett Hedlund) bury Pike. After hiding the incident, they talk about their business strategy. Pete (A.C. Peterson) and his son, Chickie, visit a doctor in New York City to treat Pete for cancer.  Tina informs Dwight of her husband’s assault. Dwight suggests Tina travel to Tulsa with her family since he suspects the crime family. Tina resists, believing Dwight is concealing something. Goodie Carangi (Chris Caldovino) meets Dwight in Tulsa. Armand “Manny” Truisi (Max Casella ), a fellow soldier, works for Dwight, surprising him.

The Irish leader of the outlaw biker club “The Black Macadams” Caolan Waltrip (Ritchie Coster) is among the other group who learn of Pike’s passing. Waltrip becomes obsessed with getting even while Roxy, Pike’s girlfriend, is crushed. When she runs into Stacy Beale (Andrea Savage) later, she asks the ATF officer to release her from their contract. Roxy is persuaded by Stacy to attempt to obtain Waltrip-related proof that will support her accusation against the motorcycle gang’s commander. Stacy meets Dwight and wants an explanation for Pike’s passing after comforting Roxy. Dwight won’t, however, admit to being involved. Carangi and Dwight review his new business plan. Dwight presents his business concept to Bodhi. He intends to reopen Mitch’s eatery as a casino. Bodhi (Martin Starr) thinks the firm needs a lot of money, but he likes the money-laundering potential. Bodhi then admits to stealing cryptocurrency and making millions.

Caolan’s daughter Roxy (Emily Davis) investigates Waltrip’s base for incriminating evidence. Waltrip captures Roxy and makes her confess. Roxy says she was caught just several months earlier and had to make an ATF agreement. He pushes Roxy after discovering her informant status. Stacy is distraught, and her business is in disarray. Dwight visits on his horse Pilot, at the Fennario Ranch, in the interim. The proprietor of the Ranch, Margaret Devereaux (Dana Delany), proposes a date to Dwight.  Dwight tells Margaret he spent a long time in prison over dinner. The discovery seems to turn Margaret off Dwight. Tina inquires about Tulsa. Emery, however, rejects the notion, stating that it is dangerous to be near to his father-in-law who is a felon. Dwight dates Margaret in the episode’s finale.

Don't miss the new episode of #TulsaKing with Dana Delany!
See you in a week on @paramountplus 🤠 pic.twitter.com/jSt7o7oBLE

Chickie kills his father Pete and claims a heart attack at the end of the episode.. When Chickie discusses his life in the church. The mafia underboss mourns criminals. He says his father forced him into criminality. Chickie hates his father and Pete. Later, Pete is assisted by Chickie in taking a bath, and they have an introspective discussion.  Pete describes his father’s desire for him to become a police officer. He founded the Invernizzi crime family. Chickie must lead the family to preserve its legacy. Pete’s statements disappoint Chickie.  Pete immerses in the bathtub after insulting Chickie. . He’s sick of his father’s criticism.   Chickie kills his father in revenge and inherits his father’s criminal empire.