Get ready for The Winchesters Episode 7 [Fall Finale] 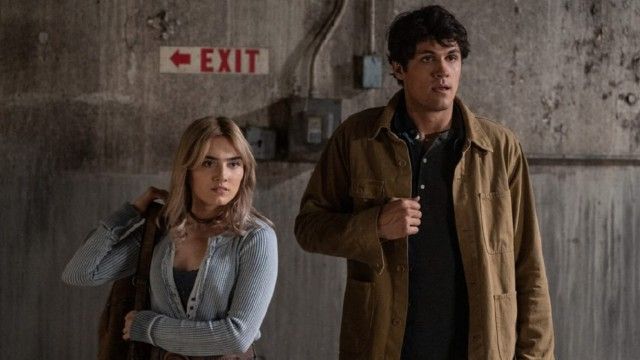 When the group aids a retired hunter in The Winchesters Season 1 Episode 6, they learn that she omitted some important information that would later turn out to be a significant factor in what had been happening. While Lata might have the ideal solution to help, Mary is concerned about John’s hunting violence. Additionally, Millie informed Mary that her son had a habit of running headlong into danger. We witnessed in this episode what happens when you run into trouble head-on, yet it might have been just what John needed. (Read the recap below).  The anticipation of what will happen next has piqued the interest of spectators. You may get a synopsis, and promo for The Winchesters Season 1 episode 7  at www.tvacute.com, which will help you understand the show better.

“Reflections” is the title of tonight’s episode. With just one episode left of the year, how do you anticipate the midseason finale will play with the introductions of Henry and Samuel? The midseason finale of the Supernatural prequel, which promises to be an emotionally intense midseason finale, will see Mary Campbell (Meg Donnelly) meeting her long-missing monster-slaying father Samuel.  Her young hunting love interest John Winchester (Drake Rodger) is in for another fatherly treat when his late father Henry (Gil McKinney) makes an appearance. (Keep in mind that the last six episodes of the season will air on January 24, 2023.)  Check out the synopsis and promo for the seventh episode of the second season of The Winchesters below to get some more information about what’s going to happen next.

The Winchesters Episode 1.07 Synopsis:  The hunt heats up and Mary and John find trails that lead back to their fathers; Carlos helps Mary investigate where the Akrida might be hiding, but they discover more than they bargained for; Millie steps in to help decipher notes left behind.

The Winchesters Season 1 episode 7 will release on Tuesday, December 6, 2022, at 8 p.m. ET/PT. on The CW. You will be able to view every episode on The CW App the day after it airs. The wonderful thing about the show is that all episodes will continue to be available on the app until the conclusion of the current season, as well as on the streaming site it will move to after that.

The Monster Club looks into a string of bizarre fatalities that they think may have been caused by a djinn. The hunters run into Tony, a half-djinn who is Ada’s estranged son from her romance with a djinn named Ali who was killed by hunters, at an abandoned warehouse. Ada and Carlos stay behind to confront Tony as the others leave to look for leads. Tony confronts Ada when she is dozing, though. He tells Ada that he has been utilising his djinn talents to help people face their fears and heal, while barely feeding enough to get by, still upset about her lying to him and wounded that she thinks he is killing people. He admits that the Akrida are really to blame since he came across one while attempting to assist one of the victims and because he was drawn to the town by a weird sound that only monsters can hear. The crew finds out that the victims were all given an injection of a mind-control toxin, which finally killed them.

Mary receives the toxin injection while defending Akrida’s following victim, whose name Tony gave to Ada. In order to help John enter Mary’s head and confront the trauma of the night when her parents told a five-year-old Mary that she would grow up to hunt monsters, Ada persuades Tony to use his dream walking abilities. This will enable Mary to destroy the Akrida stingers. The group determines that the victims are all related to a radio tower project that the Akrida are using to send a signal to attract rare monsters after Tony explains that they are gathering the essence of rare monsters. Having at last made amends with Tony, Ada resolves to travel with him to ensure he reaches a secure location far from the Akrida. They identified Rockin’ Roxy as the Akrida chief based on project documents. Roxy is informed by another Akrida that Mary has eluded their grasp, but she is unconcerned since she is confident that the Akrida will finally succeed in controlling the hunters as they see fit. John is still falling in love with Mary throughout these occurrences, but he chooses to keep them a secret in order to support Mary in her aspiration to leave town when she eventually gives up hunting and start a new life.