The Neighborhood Season 5 Episode 11 [Welcome to the Cornhole] How does a retired mechanic use Calvin’s time? 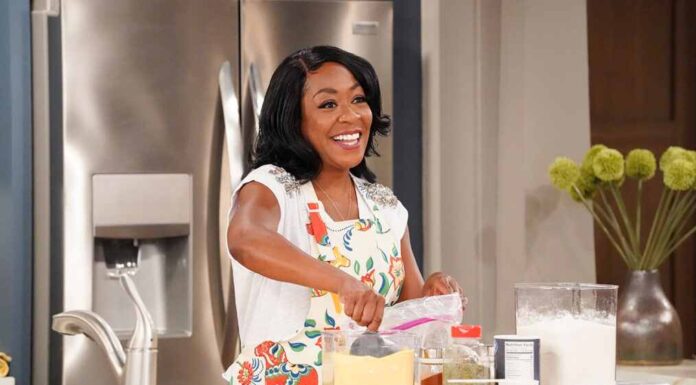 The Neighborhood, an American sitcom, is currently airing its fifth season. The series, created by Jim Reynolds, centers on a white family from the Midwest who moves to a predominantly black neighborhood in Pasadena, California. Over the course of its four seasons on the air, the sitcom has amassed a large and devoted fan base. The fifth season of the show, which is scheduled to begin on September 19, 2022, was renewed by CBS in January 2022. The Neighborhood has 93 episodes in its current fifth season as of January 16, 2023.  Last week, we saw Calvin and Tina decide to finally travel on their dream honeymoon to Madrid. Additionally, Dave and Gemma collaborated with Malcolm and Marty on a plan to surprise Calvin upon his return. What will happen next, To discover, we’ll have to dig a little deeper The Neighborhood Season 5 Episode 11 (www.tvacute.com) has everything you need to know, including the promo and release date.

#TheNeighborhood returneth with a new episode on the morrow— knight's armor optional. pic.twitter.com/meVycuAQCt

“Welcome to the Cornhole” is the title of The Neighborhood Season 5 Episode 11 of the series. So many free hours… What is a retired mechanic supposed to do with all of their spare time? Calvin Butler (Cedric the Entertainer) makes the decision to play cornhole as a means of escaping the confines of his home after receiving some prodding in this direction from his wife Tina (Tichina Arnold). But should you enter a serious event before you’ve even thrown a bag? Gemma displays some untapped abilities. In addition, make sure you read the complete synopsis and preview of The Neighborhood season 5 episode 11 which is provided below:

The Neighborhood Episode 5.11 Synopsis:-  When Tina insists Calvin find something to do in retirement, he decides to enter a competitive cornhole tournament; Marty plans an elaborate “groom-postal” to ask Malcolm to be his best man.

The Neighborhood Season 5 Episode 11 will release on Monday, January 23 at 8:00-8:30 PM, ET/PT on the CBS Television Network, and available to stream live and on-demand on Paramount+ once it airs on television. . You may also watch the new episode on CBS’ official website.  If you’re a cord-cutter, you may watch the forthcoming episode on DirecTV, YouTube TV, iTunes, Vudu, Google Play, YouTube, FuboTV, Amazon, Hulu Live TV, Spectrum, and Xfinity’s live TV streaming and VOD services.