[Season Finale] The Cleaning Lady Season 2 Episodes 11 and 12: Who Will Survive? 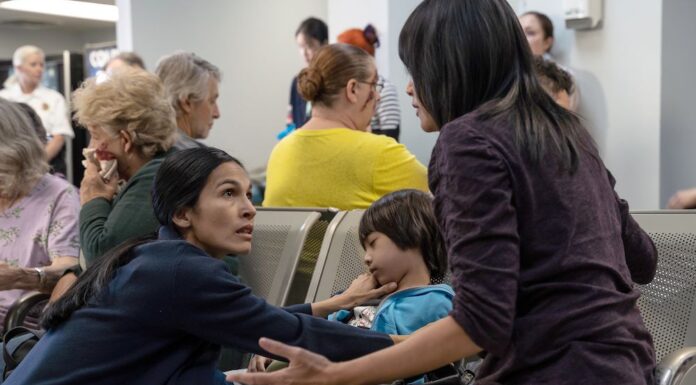 Are you prepared for the grand conclusion? On the evening of Monday, December 12, FOX will air not one, but two episodes of the exciting series back-to-back. You read that correctly: the remarkable and enthralling second season of The Cleaning Lady will be wrapped up with a whopping two hours of brand-new episodes!

On The Cleaning Lady Season 2 Episode 10, Thony thwarted Arman and Nadia’s plan to murder Robert. Even worse, she even involved Garrett, which made things worse for Arman. It was good to see Arman comfort her that they will get through it together because we haven’t seen many tender Arman and Thony scenes lately.  Thony ended up endangering practically everyone in her life. Will people continue to believe in her? (Read the recap below) Here’s everything you need to know about The Cleaning Lady Season 2 Episodes 11 and 12 (www.tvacute.com), including the promo and release date.

The Cleaning Lady Season 2 Episode 10 “Trust,” from Demanding Answers, laid the groundwork for the impending Season 2 finale. What surprises do you anticipate from the two-hour finale? After what she done, will Thony’s relationship with Arman or Garrett endure? Has Fiona been too involved in Thony’s mess? Given how gloomy Season 2 of The Cleaning Lady has been, a happy ending would be wonderful. We would also like to see Arman select Nadia over Thony. In the upcoming episode of The Cleaning Lady season 2, we will get to witness something that is far more than just a little bit exceptional. back-to-back two episodes promise a lot  significant surprises, a great deal of peril, a birthday party, and possibly a cliffhanger.

The last episode of Season Two of The Cleaning Lady, titled “Sanctuary / At Long Last,” we will see Thony, Arman, and Garrett collaborate to devise a strategy to eliminate Kamdar once and for all, Thony makes the decision to take matters into her own hands. Nadia tries to please Kamdar. Robert might question Nadia. In the meanwhile, Garrett confronts Thony about Maya’s death.We recommend that you have a look at the complete summary and promo for The Cleaning Lady season 2 season finale which can be found below. This will provide you with a few more updates now all about what the future could contain here:

Who is Naveen Andrews? Meet the actor who will portray Nadia Andrews

“At Long Last” (Season Finale) – Thony is confronted by Garrett regarding the truth behind Maya’s death as Nadia tries to stay on Kamdar’s good side. Meanwhile, Fiona helps Luca celebrate his birthday. Then, after Thony, Arman and Garrett work together to come up with a plan to take down Kamdar once and for all, Thony decides to take things into her own hands to ensure the safety of Fiona and Luca,

Where can I watch The Cleaning Lady Season 2 Episodes 11 and 12?

Cable TV subscribers can watch The Cleaning Lady season 2 episode 4 live on Fox at the aforementioned timeslot. You can watch it online with your valid cable provider login credentials after it airs on TV on Fox’s official website or the Fox Now app. The episodes are also shown on cable-free platforms like YouTube TV, FuboTV, and DirecTV, which don’t have a TV set. Subscribers to Hulu can watch the show soon after it airs on the original network. There are also VOD services like Apple TV, iTunes, and Amazon Prime Video that allow you to buy or rent episodes of TV shows.

On the occasion of Luca’s birthday, Thony is concerned about how ill his son is and requires materials to drain the fluid and relieve some of the pressure. Arguments ensue between Arman and Thony regarding him killing Robert. Arman procured tablets from Nadia for Robert’s beverage and gave them to Robert. The amount of danger that she is putting herself in has enraged her. Katherine is successful in persuading Garrett that they cannot put Arman in jail since they need him. Arman is making an effort to steal some of Thony’s medications while Thony and Nadia are having a conversation about how, if Robert is allowed to live, they would all perish. There is someone following Thony. She comes into contact with Garrett, who becomes enraged upon learning that she is working for Robert. He is afraid that she may be wounded and that he will be unable to help her. She cannot prevent Arman from murdering Robert without his assistance. Robert is interested in going on an adventure with Nadia. She plans on toasting the occasion with champagne and the narcotics that she smuggled into his apartment. Garrett wants answers at gunpoint. Arman has admitted that Robert forced him to decide whether or not to shoot Maya or Thony. At the same time when Nadia and Robert were leaving, Thony arrived. Robert suffers a heart collapse, but Thony is able to revive him using cardiopulmonary resuscitation. JD was very nearly assaulted by a member of Thony’s security detail. He tells Fiona that she needs to make a decision since he is fed up with Thony putting them in harm’s way. Garrett is aware of their current predicament. He has the power to toss them in jail, but in order to find Robert, he needs their assistance.