[Netflix] When will Ginny & Georgia season 2 be released? 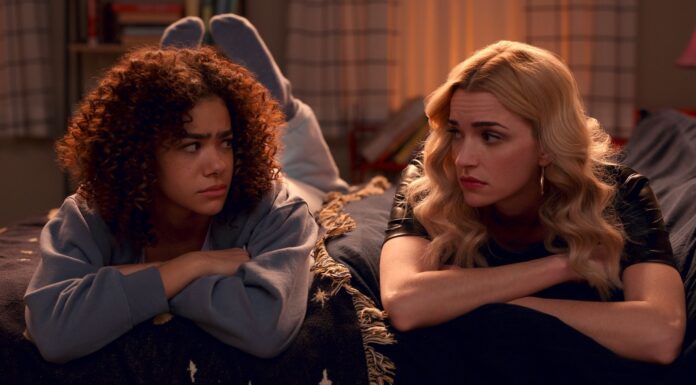 In the Netflix teen comedy Ginny & Georgia, Ginny and her mother Georgia want to leave their past behind and start over in the lovely New England part of the country. Georgia’s mistakes continue to haunt her, however, and they pose a threat to wreck this existence. In addition to trying to mend fences with her fractured friendship group and examine her relationship with Marcus, Ginny struggles with her own problems.

The show, which starred Antonia Gentry as Ginny and Brianne Howey as Georgia, received positive reviews; many people compared it to the Gilmore Girls but with a darker perspective. The program isn’t flawless, though, as some have noted with regard to its treatment of race. A release date for early in the new year has been established for season two of Netflix.

People have been asking if the filming process is taking longer than usual to explain the show’s delay since season two has taken so long to release. However, it doesn’t seem to be the case. Ginny & Georgia Season 2 was filmed from November 21, 2021, to April 20, 2022, a period of five months. The lengthy gap between seasons has nothing to do with filming; there haven’t been any documented set delays or mishaps.

Why is season 2 of Ginny & Georgia still pending?

Many Ginny & Georgia fans have been perplexed as to why the development of season 2 has taken so long since it was first announced almost a year and a half ago, in April 2021. One factor is that it took some time for the actual filming to begin. Season 2 of Ginny & Georgia didn’t begin shooting until November 21, 2021, more than six months after the second season’s announcement.

In an interview with E! News in October, Brianne Howey said that the show’s delay was not due to production but rather to the additional languages that Netflix needs to translate it into. It can take a while for the streamer to perform this for 180 different languages. Howey stated, “That [translation] takes about four months. The show is over, therefore it’s not the show itself.

Ginny & Georgia season 2 will debut on Netflix on January 5, 2023, according to a statement made on December 1 by the streaming service. Ginny & Georgia’s second season, will have ten 60-minute episodes and a somewhat longer runtime than the first.

Are there any promotional photos of Ginny & Georgia Season 2?

On the same day that Netflix revealed the premiere date for Ginny & Georgia season 2, the streaming service also unveiled seven first-look images. The latest pictures show Austin (who appears to have experienced a growth spurt!) and the two Miller women—together and with their beaus Marcus and Paul—as well as the M-N-G of MANG at school and hanging around. We have images from Ginny & Georgia Season 2 which you look at below.

Is there a trailer for Season 2 of Ginny & Georgia?

Ginny & Georgia season 2 has yet to receive an official trailer, but on December 1 Netflix and Tudum released an exclusive sneak peek at the first episode of the season. In the video, we observe Georgia returning home on election night to a dark, deserted house while in good spirits. The destroyed Wolfsbane plant in the fireplace is a sign from Ginny that she is aware of Kenny’s true identity as she turns the corner of the living room. Georgia sobs indignantly before hurling a fire poker across the room. The sequence concludes with a single image: the arrest photo of young Georgia.