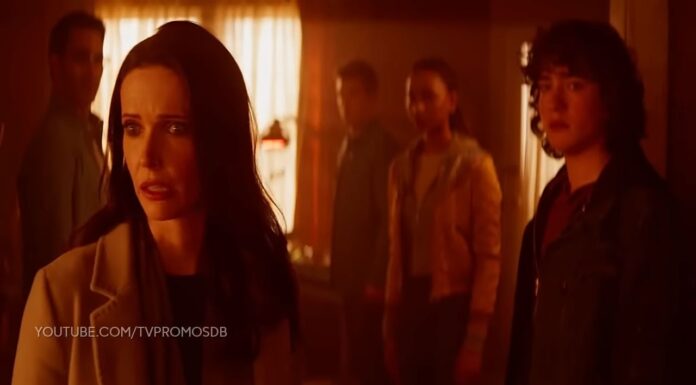 Superman and Lois season 2 episode 15 will release on June 28 on The CW. The finale episode indicates that Ally is not only intending to connect worlds but has actually started to do so. Is Ally’s strategy going to succeed, and what can Kent actually do to prevent it? David Ramsey from Arrow will return as John Diggle. In the finale, one character will explain the Arrowverse connection.

Superman & Lois season 2 has entered the multiverse by introducing the Inverse World, which follows the lives of Clark Kent and Lois Lane as parents. The season 2 villain of Superman & Lois, Ally Allston, who is loosely modeled on DC’s Bizarro World, has been working nonstop to attempt and finish her quest to “complete” herself and the inhabitants of Earth.

In the penultimate episode, Jordan’s battle with the Bizarros quickly got violent, and he was on the verge of death when Natalie (Tayler Buck) at last appeared and intervened to rescue the day. However, it was only a temporary triumph since Bizarro Earth began to merge with the regular Earth, causing things to start glitching out, and Natalie’s father John Henry (Wolé Parks) became stranded in the space between the worlds. the Earth has begun to malfunction into Bizarro Earth, Clark’s superpowers are still missing, forcing Jordan to take over, Sarah has just discovered the truth about everything, and there are so many other things going on. (read the recap below)what will happen next?  WAt www.tvacute.com, you’ve come to the perfect place.  We’ve compiled all of the officially revealed information regarding Superman and Lois Season 2 Episode 15 so far, including release dates, promo, and more.

“Waiting for Superman,” is the title of the grand finale episode.  David Ramsey from the Arrow TV series will return to play John Diggle, whose arrival will be connected to the season 3 villain.  Gregory Smith is in charge of directing the Superman & Lois season 2 finale, and showrunner Todd Helbing and Brent Fletcher authored the writing. It’ll be exciting to see how Superman and Lois manage to stop the universes from colliding, as monumental as it is to see. However, another significant thing to watch forward to for the season 2 finale is how Superman & Lois will disclose their location in the Arrowverse. The Superman & Lois season 2 finale will provide those answers, mostly through a speech by Sam Lane, after two seasons without any allusions to the other series aside from Diggle’s season 1 appearance. Along with this, The major fight between Bizarro Lana and Bizarro Jonathan, Jordan’s decision to tell Sarah about his abilities, and what viewers may anticipate from the season 2 finale.

Superman & Lois S02xE15 Synopsis: – SEASON FINALE – Chrissy Beppo (Sofia Hasmik), with the authorization of the Department of Defense, has a message for the people of Smallville, not only is the merging of planets real, it is happening. Tyler Hoechlin, Elizabeth Tulloch, Jordan Elsass, Alex Garfin, Emmanuelle Chriqui, Erik Valdez, Inde Navarrette, Wole Parks, Taylor Buck and Dylan Walsh also star. The episode was directed by Gregory Smith and written by Brent Fletcher & Todd Helbing (215).

In the season 2 finale, Superman & Lois will finally explain how it fits into the Arrowverse.  one character will explain the Arrowverse connection. After Crisis on Infinite Earths, it was established that all of the Arrowverse heroes live in the same universe, but with a new start. But even though Superman & Lois is linked to the other DC TV shows on CW, it hasn’t talked about important characters like Supergirl, who is one of Clark Kent’s last living relatives. This year, the showrunner for Superman & Lois, Todd Helbing, said that these questions will finally be answered at the end of season 2.

Helbing talked about how the Superman & Lois season 2 finale will show how the show fits into the Arrowverse as a whole in a recent interview with TV Insider. Helbing confirmed, without giving away too much, that a key character will be used to show how the movies are connected. Sam Lane, the father of Lois and Lucy Lane, will give a speech in the season 2 finale of Superman & Lois that explains how the show fits into this shared universe.

Where to Watch Superman and Lois Season 2 Episode 15

the Man of Steel’s powers fails after being nearly drained by Ally Allston’s parasitic powers. Ally has merged the inverted world with the Arrowverse, bringing evil, super-powered Lana Lang to kill Superman. With Clark Kent vulnerable, his friends and family must stop Ally’s scheme. Clark comes to the Clark family ranch in Smallville obviously weakened and worried that his body isn’t collecting solar energy like it always has. As the worlds start merging, Earth-sky Prime turns crimson and the Inverse World’s cube sun rises in its sky. The appearances of things in the Earth-Prime and Inverse World alternate. Clark is sent to the Fortress by John, where Lara warns them that it might take a long time for Clark to regain his powers. Lois and Chrissy tell Lana about Ally and the merger of the realms against Sam’s wishes. At a town hall meeting held at the high school, she makes the knowledge public and claims that Superman won’t be able to save them.

The residents criticize her statements, but Superman backs them. Natalie is instructed to defend her new family by John, who locks her suit. He departs to battle Ally in the dimensional gap, but is unsuccessful and loses touch with Natalie. Lana-Rho breaks Jon-El out and they attack the school but are beaten by Jordan and Natalie. Jordan fights the inverted Lana and Jonathan alone, holding his own for long enough for Natalie to discover how to bypass her father’s lockdown procedure. Natalie and Jordan quickly arrive on the scene and work to knock down their inverted opponents before they are both brought into jail by the military. Sarah watches Jordan utilizing his talents. She is unhappy that her mother hid Jordan’s superpowers from her. As Kyle disappears, the flickering gets greater and spreads to the Kent residence.