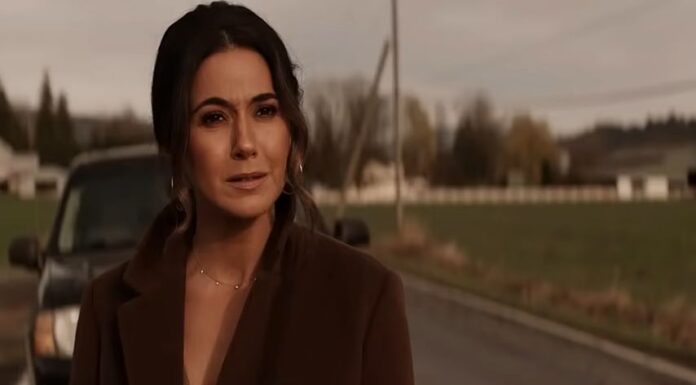 Superman and Lois season 2 returns with new episode 12 on May 31st on The CW. Ally Allston isn’t going down without a fight, and as you can see in the preview below, Lana is about to learn a lot more about Clark (Tyler Hoechlin) and his secret when the show returns.

In Superman & Lois episode 2.12, the show came to a dramatic end. Clark’s best friend, Lana Lang Cushing, finally knows about his little secret. he tells Lana that he is Superman, with the help of his family. The Kent Farm is beginning to feel like a house split, notably between Jonathan and Clark, despite Jordan’s suggestion that they were never that close, to begin with. At www.tvacute.com, you’ve come to the perfect place.  We’ve compiled all of the officially revealed information regarding Superman and Lois Season 2 Episode 12 so far, including release dates, promo, and more. The recap of Superman and Lois Season 2 Episode 11 is also given below.

Trying to figure out what is going on next now is the main question. It’s safe to say that some of the stakes are going to rise to a new level. “Lies That Bind” is the title of the next new episode.  we can anticipate the program to continue with the gripping Mirror Dimension narrative. Lois will also continue her pursuit of Ally Allston in order to free her sister from the unscrupulous tyrant intent on holding power in Bizarro World.  Lana’s journey this season is very touching and profound, as she embarks on an incredible journey. she is still going through a lot – including learning her friend’s deepest secret. Now that the Bizarro universe has been formally revealed, things are about to get crazy. the previous episode changed Superman’s status quo, and from the looks of things in the trailer, that was only the beginning of the challenges ahead.

Where to Watch Superman and Lois Season 2 Episode 12

Superman appears just in time to prevent Jon-El and Jonathan from combining. Clark uses Jonathan’s visions to hunt down Jon-El but is stopped by Lana, who is unaware that a month has passed or that she has won the election. Lois told Jordan to write down his thoughts about Sarah on the paper. so he did that. A shame she didn’t want to read it, because it had a whole lot of information about his big family secret.

The next day, Jon-El kidnaps Lana and intimidates Sarah in her new car. Lois recognizes this and tells Sarah the truth. Jon-El summons the Inverse Lana after drawing out and defeating Superman with kryptonite. She enters the mines and confronts John and Natalie, who are mining for X-K; Natalie stabs her, and she flees to the Inverse World. Jordan soars for the first time after intercepting Jon-El.

He knocks out Jon-El in the sky and nearly falls himself, but Lana is able to remove the kryptonite in time for Superman to liberate her and save Jordan. Jon-El has been remanded in the custody of the Department of Defense. Lana is brought home by Superman, who informs her that Jon-El is not Jonathan. After Lana-Rho arrived in Smallville via the portal, Clark made the decision to disclose himself, which was backed by his family. Despite the fact that John Henry and Natalie were able to return her to Bizarro World, Clark knows she will continue to try to merge with Lana, putting her at grave risk.