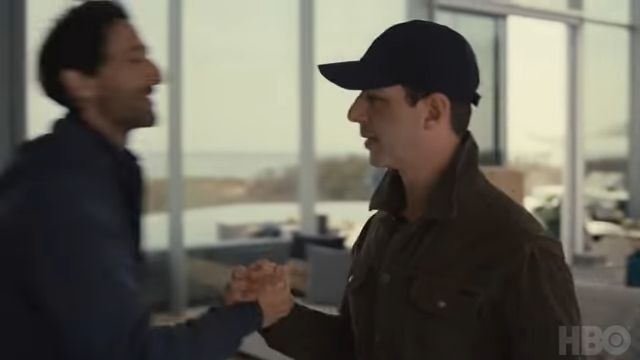 After all, this is Succession, and the relationship may be worse than ever by the end of this episode. Kendall continues to use the media to shape his public image. but his sister, Shiv (Sarah Snook),  put out a letter supporting her father Logan and branded Kendall a drug addict and deadbeat parent. Kendall then interrupts Shiv’s town hall speech by blaring Nirvana’s ‘Rape Me’ across numerous speakers, bringing the occasion to a painful finale for Logan and Shiv. Check out our recap of Season 3 Episode 2 of Succession! Fans are eagerly anticipating the next installment. “Lion in the Meadow” The trailer, and air date for Succession Season 3 Episode 4 “The Disruption” are all available below.

The fourth episode, titled “Lion in the Meadow,” features a synopsis and a teaser video. Their Media Empire will bear the brunt of Logan and Kendall’s power struggle. Investors and stakeholders are worried about their reputation and money. The next episode will include a prominent investor named Josh Aaronson. In the trailer, Kendall will also beat his father to their first. Josh questions Kendall about his father. Logan and Kendall reunite in front of Josh. Thus, whoever can persuade Josh to join their side will be able to control the corporation in the future.

Succession Episode 304 Synopsis: Logan and Kendall have their first meeting together with Josh, a major investor worried about their family feud.

HBO’s Succession Season 3 Episode 4 will release on Sunday, November 7 at 9 pm ET/PT, (US), and in the UK on Monday, November 1 on Sky Atlantic and NOW. The series will also be available online on HBO Max. You may watch the show online via DirecTV, Xfinity Stream, Hulu, or Youtube TV. Season 3 is also available on Amazon Prime Video. Previous seasons are available on-demand on iTunes, Vudu, Google Play, and Microsoft Store.

Succession Season 3 Episode 3 was all about image. Kendall continues to use the media to shape his public image. while Logan refuses to comply with the DOJ’s Waystar probe. Kendall wants to secure an interview on ‘The Disruption,’ a popular talk show. Logan maintains that the DOJ does not have any incriminating evidence against him as Shiv and Logan debate their dilemma. Shiv, on the other hand, maintains that he might still be held accountable for his role in the cover-up. Shiv returns home to find Tom inebriated and concerned about his upcoming arrest. He advises that in order to save Logan, he should go to prison. Shiv agrees that this could help them tackle some of their issues.

Meanwhile, Logan enlists the help of White House employee Michelle-Anne Vanderhoven to obtain a favor from the President. Logan orders Gerri to dismiss Kendall as he arrives at the Waystar offices. Gerri, on the other hand, rejects it since it would be a PR disaster. Kendall offers Tom an offer before departing. Shiv prepares to give her speech at Waystar’s town hall meeting, but Kendall and his team spoil the occasion. Shiv is humiliated, so he decides to react. Kendall’s previous relationships and addiction are detailed in an open letter written by her. Kendall gets ready to appear on ‘The Disruption,’ but cancels after Shiv’s letter becomes viral. Kendall runs away from a comedy chat show because of this. His mood improves when he learns that the FBI is storming Waystar HQ. Logan is cooperating, and he may now have nowhere to hide.