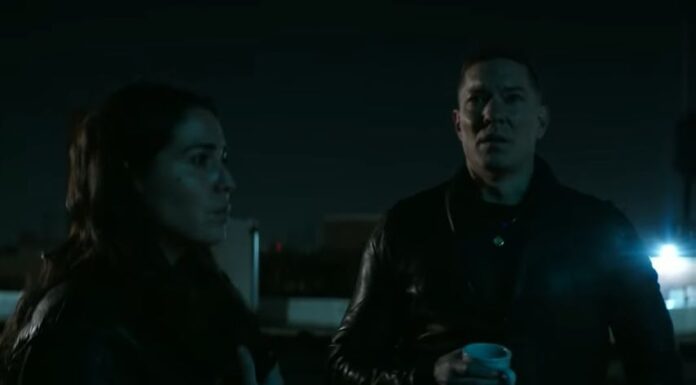 Power Book 4 Force Episode 3 picked up where we left off with Tommy and Lilliana, but this time they put their differences aside and worked together, with Tommy informing her that Ghost was no longer alive. Tommy utilized the angle to put himself in the middle of The CBI and The Flynn Family. but Walter Flynn is entrenched in his ways because Diamond refused to work with him. To know more about episode 3 read the recap below. Now  Fans are curious to know what will happen next? it’s only going to get worse. Here www.tvacute.com share with you everything we know about the Power Book Force Season 1 Episode 4 including Promo and the synopsis.

The upcoming episode 4 is titled “Storm Clouds,” Based on what we’ve seen so far of the episode, Tommy is a character that is continually putting himself in danger. and we will see in the upcoming episode, how he manages to get out of it. As the event progresses, it appears that there will be numerous opportunities to view this. There’s another question you’ve had to be wondering right now, according to the promo, Is Vic truly set to turn on his father Walter Flynn? At the moment, there’s a good likelihood of that happening.

Where Can I Watch Power Force Episode 4 Online?

The series premiere of Power Force episode 4 will be available to stream early on Starz.com and the Starz app, just like prior episodes in the franchise. Power Book IV will be available to watch and download on iTunes, Google Play, and Amazon.  With an active membership to Philo (for an extra $9/month) and fuboTV (for the first three months for $5/month), Starz is also available. Starz is available for free on both services. Hulu will not be able to stream the series the next day. but you can add Starz to your Hulu subscription for $8.99/month. ‘Power Book IV: Force’ is not available on Netflix and HBO Max. Also Available on Direct TV

Tommy gets the stuff from Liliana and cuts it together with her. Vic picks up his troops from the police station and speaks with Bennigan, their precinct cop. He informs them that their issue is with an alderman rather than the police. JP informs Tommy that he will require over $100,000 to get everything in order. While Diamond and Jenard are playing baseball, Bennigan captures an altercation between them. Claudia is enlisted by Walter to persuade the alderman to establish a price and cease exploiting their men. Tommy talks with Walter and offers them the opportunity to diversify their business by selling cocaine. Walter pledges to pay attention. Walter wants Tommy and Vic to collaborate and move weight to one of his clients, but things quickly spiral out of control, and Vic is forced to murder the man. Walter eventually agrees to meet with Diamond. Diamond and Jenard disagree over meeting with the Flynns after Tommy approaches them. Diamond wins a boxing battle to determine who will run CBI, allowing Tommy to schedule a meeting with Walter. Tommy offers that CBI transfer powder north and the Flynns move pills south at the meeting, but Walter uses the opportunity to bring up an old grudge, and Diamond walks out. After Tommy leaves the conference, cops photograph him. Jenard says that he purposefully lost the battle with Diamond as part of a wider scheme. Claudia makes her first approach to Tommy. Claudia and Mai make the decision to collaborate on a new medicine. The episode came to an end with Gloria and Tommy. Tommy and Gloria have rekindled their romance.  Also, Tommy looks at the spider Card. he knows who these bricks belong to. They’re going to come back to get their product or money back from you.